Please ensure Javascript is enabled for purposes of website accessibility
Log In Help Join The Motley Fool
Free Article Join Over 1 Million Premium Members And Get More In-Depth Stock Guidance and Research
By Royston Yang - May 8, 2021 at 10:00AM

Shares of Okta (OKTA 1.62%) soared by 22.4% in April, according to data provided by S&P Global Market Intelligence.

The surge takes the identity management company's shares off its year low in March to clock a 7.6% year to date gain. 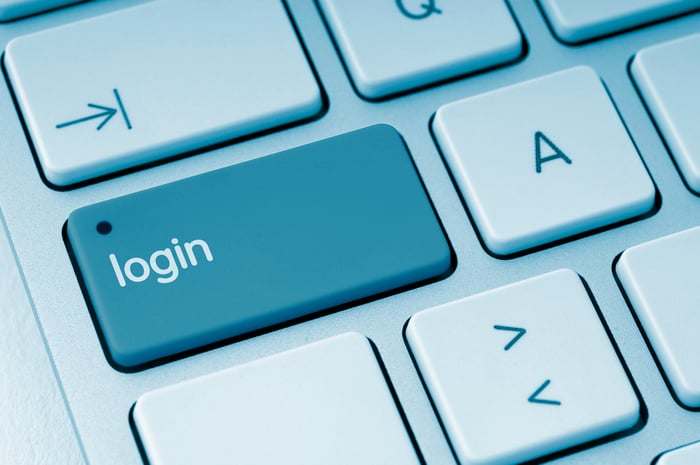 Okta hosted its Investor Day in conjunction with its Oktane21 conference last month. The company reiterated its financial outlook for the rest of 2021 with expected revenue growth of 29% to 30% year over year, and this excludes the impact from its recently concluded acquisition of Auth0.

Okta also released a new product called Okta Privileged Access, which allows flexible control over identity management. The new solution, delivered over its cloud platform, allows organizations to reduce operational errors as the software replaces legacy access management products and eliminates manual entries that are more susceptible to mistakes. With the use of a single platform, clients can control staff access to various areas of the organization, helping to increase both efficiency and productivity.

The company has announced significant new customer acquisitions for this year, with big names such as S&P Global (SPGI 1.49%), LVMH and Crate & Barrel being added. The software-as-a-service company is relying on its "land and expand" model to first snag a client. Subsequently, the same client will expand its use cases with Okta and bring in incremental revenue for the company. Using a technology company as an example, Okta's contract value with this customer started at just $465 million in 2013 but after renewals and expansion of use cases, the same customer has now spent nearly $17.1 million on Okta's suite of services.

Okta's Investor Day has spurred greater optimism over the company's prospects. By bringing in more reputable clients and devising new products to be introduced in the coming months, investors can look forward to more good news from the company.