Please ensure Javascript is enabled for purposes of website accessibility
Log In Help Join The Motley Fool
Free Article Join Over 1 Million Premium Members And Get More In-Depth Stock Guidance and Research
By Dave Kovaleski - Updated May 10, 2021 at 10:04AM

The stock price is up roughly 38% year to date, and it's still trading below book value.

The financial sector has been one of the better performers during this recovery; as a whole, it's up more than 28% this year at Monday morning's prices. But there are still some great, undervalued stocks in it, as it was so beaten down last year during the pandemic.

There is one stock in particular that has been strong throughout the pandemic, and into the recovery, that is still way undervalued: Jefferies Financial (JEF -1.45%). Let's take a look at why you should consider this stock now before everyone else catches on. 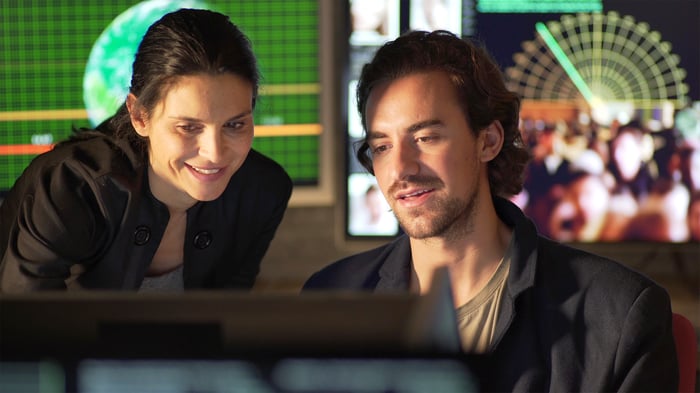 Jefferies is a New York City-based investment bank and asset management firm. Most of its revenue comes through its full-service investment banking business, which is known as the Jefferies Group and caters primarily to middle-market companies and deals.

Jefferies Group had a record year in investment banking revenue in its fiscal 2020, which ended Nov. 30, and saw a 67% year-over-year increase in net income. In their annual letter to shareholders, CEO Richard Handler and President Brian Friedman called it a "seminal year" for Jefferies. "Our results for 2020 are not the consequence of an overnight miracle, but rather decades of investment, hard work, patience, perseverance and great execution," they wrote.

Over the past five years, the company has worked to significantly increase its efficiency, and those efforts are paying off. In 2020, net revenue was 110% higher than it was in 2015, while operating costs increased only 70% over that time frame. Investments made over the years in talent, technology, and infrastructure have been absorbed, resulting in a streamlined operation that had an all-time high operating margin of 23% at the end of the fourth quarter.

Last year, Jefferies' stock returned 19%. This year, the momentum has continued, as it is up 38% year to date at Monday's prices. The gains this year are fueled by another record quarter, as the firm had $2.1 billion in net revenue in the first quarter, a record, up 82% over Q1 2020. Net earnings were up 188% to $494 million year over year, another record. The operating margin increased to 31.5% and the return on tangible common equity jumped to 33%.

The growth has outpaced others in its space, and the investment bank has gained market share, due to its efficiency and capabilities as a leading full-service bank that works in the larger end of the middle market. It is currently a top 10 investment bank in terms of market share of revenue whereas it was ranked No. 18 just four years ago.

Handler and Friedman recognize that investors have not flocked to Jefferies despite its consistent growth. "We continue to believe that the stock market has neither fully appreciated the uniqueness and momentum of the Jefferies core operating platform, nor the sum of the value of our businesses and assets," they wrote in the annual shareholders' letter.

But the truth is, Jefferies has great financials and is a terrific value. It has a low price-to-earnings (P/E) ratio of nearly 8 and is trading below book value, with a price-to-book (P/B) ratio under 0.90.

In addition, the outlook is good, given the robust backlog of deals in the pipeline and an overall excellent forecast for capital markets and investment banking as GDP spikes and the economy grows. As one of the leading firms in the middle market, Jefferies should benefit, as M&A activity is expected to increase in this segment over the next three years. Also, Jefferies has been leaning into its success and growth as an investment banking, as it has gradually sold off properties and assets from when it merged with Leucadia Asset Management, a baby Berkshire Hathaway, back in 2012, and it is now in the process of exiting the merchant banking business. This added focus on investment banking will not only streamline and simplify the company, but bring more resources to gaining more market share.

"With our continuing efforts to smartly manage down our legacy Merchant Banking portfolio, we intend to reinvest in our core business, while continuing to return excess capital to
shareholders through buybacks and dividends," Handler and Friedman wrote in the shareholder letter.

Earnings should continue to grow in 2021, as analysts predict a consensus price target of about $40 per share over the next 12 months. This would be a great time to get in on this stock before the market does.