Please ensure Javascript is enabled for purposes of website accessibility
Log In Help Join The Motley Fool
Free Article Join Over 1 Million Premium Members And Get More In-Depth Stock Guidance and Research
By Will Healy - May 11, 2021 at 7:00AM

In the eyes of some investors, Apple (AAPL 0.63%) may have lost its appeal as an investment. With the company now roughly 10 years removed from the departure of Steve Jobs as its driving force and CEO, one might assume it has already seen its best days.

With a market cap now exceeding $2 trillion, it is much more difficult to grow at rates that will make new investors millionaires off of a modest investment. But is that enough reason to avoid taking a chance on this stock?

Apple management is now putting the vast resources it has accumulated to work and used its expertise to continue producing compelling products, manage new services, and develop new industries that still give investors plenty of reasons to buy Apple stock and never sell. 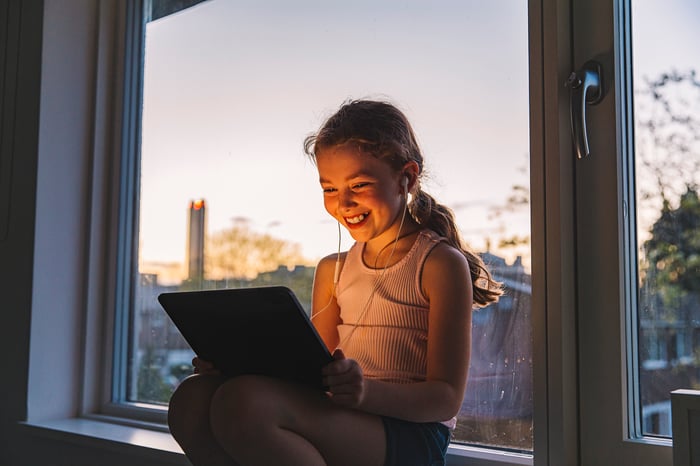 Admittedly, the death of Steve Jobs in October 2011 left a bit of a void in the company. In the years that followed, its new products seemed to make it more of a competitor than a leader in the tech industry.

Nonetheless, new product development has not stopped. The Apple Watch was introduced in 2015 and it has developed into an innovative product that can do incredible things, like collect health-related data from its users, monitor heart rates and blood oxygen levels, and even automatically inform others when the user suffers a fall. The advances being made are bringing innovation to the healthcare industry and could potentially save lives.

Apple has dramatically expanded its services business. This includes its App Store and offerings such as iCloud, Apple Music, Apple Pay, Apple Arcade, Apple TV+, Apple News, and the Apple Card. The success of the Services segment has elevated it to Apple's second-largest revenue category, making up 16% of revenue in the first half of fiscal 2021.

Apple's longtime offerings are also still innovating. Its main profit driver remains the iPhone, which accounted for 56% of the company's revenue in the first two quarters of fiscal 2021. While it did not release the first 5G smartphone, Apple's release of the iPhone 12 has helped launch the 5G industry in earnest. One of the beneficiaries aside from Apple is Qualcomm, which makes the chipset that powers the latest iPhone. Qualcomm's rise began when Apple and Qualcomm settled their legal disputes in April 2019 and it saw another bump when Apple released the iPhone 12 in October 2020.

The adverse economic effects of the COVID-19 pandemic forced millions to work from home and boosted Apple in another way, sparking renewed interest in some of Apple's legacy products. For the first six months of fiscal 2021, iPad sales rose by 57% from year-ago levels, while Mac sales increased by 42% during that period. The Mac has also benefited from product development as it has switched from CPUs made by Intel to Apple's internally designed M1 chip. Clearly, Apple remains a vibrant and competitive company.

That resiliency has bolstered the company's financials. For the first six months of fiscal 2021, net sales came in at $201 billion, increasing 34% compared to the first six months of the previous fiscal year. During this time, net income rose by 56% to $52.4 billion as Apple limited the growth in operating expenses (it was up only 12%). This ability to manage expenses well even at such a large scale and with broader economic headwinds enabled Apple to generate about $57 billion in free cash flow during that six-month period.

With that free cash flow, Apple supports one of the most robust balance sheets in existence. Although its $121.6 billion total debt may appear substantial, it borrowed money not because it had to, but because the likely returns exceed the cost of borrowing. With $204.3 billion in liquidity at the moment, Apple would still hold about $83 billion in cash and equivalents even if it had to pay off all debts today. This leaves the company firmly positioned to weather unexpected challenges, strengthen its business lines, or begin new ventures. This has helped Apple's stock price rise by approximately 75% over the last 12 months. 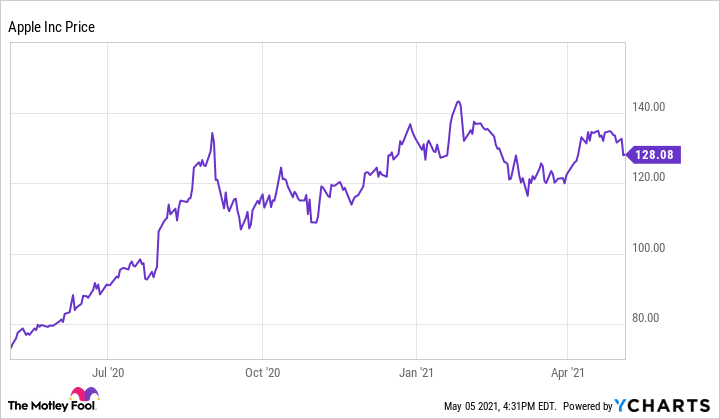 Apple earnings currently create a P/E ratio of just under 30. This is a significant increase for a company that could not drive its P/E multiple above 20 for most of the 2010s. Nonetheless, its valuation now compares well to that of other tech giants like Microsoft and Google-parent Alphabet.

Admittedly, the market cap of $2.15 trillion may deter some growth investors. In order for a new investor to double one's money in Apple stock, the market cap would have to rise to $4.3 trillion. That's quite a feat when no company's market cap has yet reached $3 trillion.

Despite its size, Apple continues to produce innovative products, and the demand for those products continues to generate massive profits and cash flows for Apple. With its mammoth market cap, this tech stock will have a much tougher time minting as many millionaires going forward as it has in the past decade. Nonetheless, both new and longtime Apple bulls can still count on the Apple growth story continuing at some level for years to come.