Please ensure Javascript is enabled for purposes of website accessibility
Log In Help Join The Motley Fool
Free Article Join Over 1 Million Premium Members And Get More In-Depth Stock Guidance and Research
By Taylor Carmichael - May 12, 2021 at 2:14PM

Human trials of the combination vaccine are expected to start later this year.

Vaccine specialist Novavax (NVAX -0.78%) plans to file for an emergency use authorization with the Food and Drug Administration for its COVID-19 vaccine candidate in July. In addition, the biotech's vaccine candidate for influenza, NanoFlu, is waiting for a green light from the regulator. Last year, a phase 3 study of NanoFlu showed it to be superior to the market-leading flu vaccine from Sanofi (SNY 0.39%) in a head-to-head match-up.

This week, Novavax reported strong data from an animal study of a new inoculation that combines both of those promising vaccines.

The combo vaccine candidate was tested in hamsters and ferrets. Administered in a two-shot regimen, it produced a high level of antibodies against both flu and COVID-19 in the animals, comparable to the levels that were seen when either vaccine was tested alone. Significantly, hamsters who were immunized with the combo shot were challenged with SARS-CoV-2, and had no replicating coronavirus in their upper or lower respiratory tracts, nor did they have any signs of viral pneumonia. 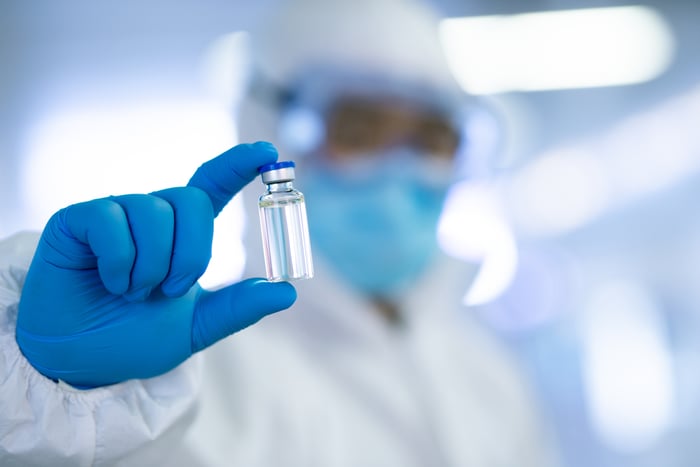 "This study's results build on our success to-date with NVX-CoV2373, and with NanoFlu, which successfully achieved all of its objectives in a pivotal Phase 3 trial announced last year," Dr. Gregory M. Glenn, Novavax's president of research and development, said in a press release. "We believe that this novel combination vaccine candidate, which leverages Novavax' technology platform and Matrix-M adjuvant, could be an important future tool in the long-term fight against both of these harmful respiratory viruses."