Please ensure Javascript is enabled for purposes of website accessibility
Log In Help Join The Motley Fool
Free Article Join Over 1 Million Premium Members And Get More In-Depth Stock Guidance and Research
By Keith Speights – May 12, 2021 at 6:01AM

But the Canadian cannabis producer's revenue continued to sink.

Sundial Growers (SNDL -0.91%) came out of nowhere to become one of the hottest pot stocks on the market this year. However, the Canadian cannabis producer has given up much of its earlier gains. Investors looking to buy Sundial on the dip -- a really big dip -- were hoping for a positive catalyst to come along.

They might have a potential catalyst now. Sundial reported its first-quarter results after the market closed on Tuesday. Investors liked what they heard, with the marijuana stock jumping nearly 7% in after-hours trading. Here are the highlights from Sundial's Q1 update. 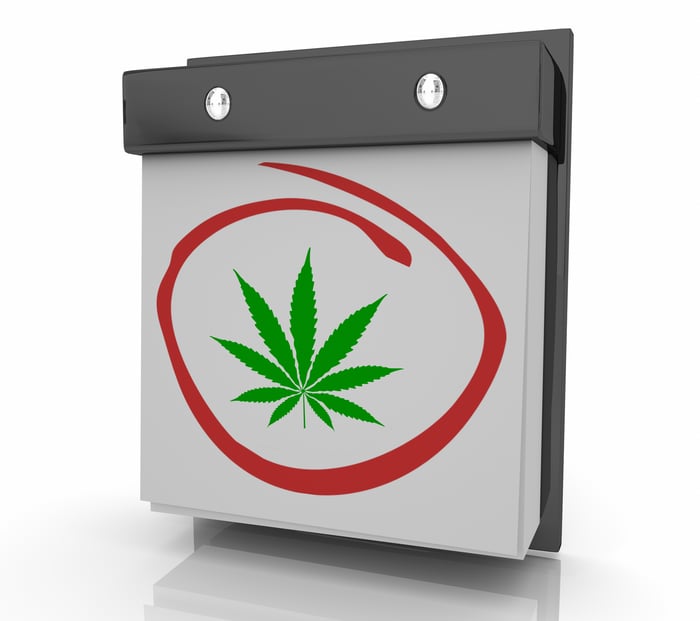 Sundial reported gross revenue in the first quarter of 11.7 million in Canadian dollars, down 29% year over year and 30% quarter over quarter. The average analysts' estimate was for revenue of CA$11.5 million. Net revenue in Q1 totaled CA$7.2 million, a 37% year-over-year decline

The company announced a net loss from continuing operations of CA$134.4 million. This reflected significant deterioration from the net losses of CA$37.9 million and CA$64.1 million in the first quarter and fourth quarter of 2020, respectively.

Let's start with the good news. Sundial delivered positive adjusted EBITDA for the first quarter in its history. This achievement was made possible primarily due to the company's investments, though, rather than its core cannabis business.

However, there were some positives for that business as well. Sundial harvested its highest potency flower in February with THC levels of more than 28%. Its higher potency product experienced exceptionally strong demand in Q1. The company reported that some stores sold out of the product in just two days.

Now for the bad news. Sundial continued to face major headwinds with price compression. CEO Zach George said that lower prices caused the company to liquidate some of its inventory in Q1. COVID-19 also remained a factor in the Canadian market. As a result, Sundial's top and bottom lines were worse in Q1 than they were in both the prior-year period and the previous quarter.

Sundial's investment strategy could be the bright spot for investors to hang their hats on going forward. George stated, "I am pleased with our investment track record, which began with our internal program and is evolving to include partnership with third party capital."  He added, "Our strong financial position, unique cultivation facility and focus on premium inhalables have positioned us for improved performance in the second half of 2021 and beyond."

The company remains focused on making operational improvements. It's also continuing to developing even higher potency cannabis strains. Sundial plans to begin marketing some of these new strains beginning in the fourth quarter of this year.

Is SNDL Stock a Buy?

3 Questions That Smart Investors Have About SNDL Stock

Why SNDL Stock Was a Stinker Today

The Single Best Pot Stock to Buy in September