Please ensure Javascript is enabled for purposes of website accessibility
Log In Help Join The Motley Fool
Free Article Join Over 1 Million Premium Members And Get More In-Depth Stock Guidance and Research
By Alex Carchidi - Updated May 13, 2021 at 1:40PM

Some of the recently mentioned threats to its bottom line are illusory, but inexperienced investors could still fall for an upcoming trap.

Pfizer (PFE 3.77%) is one of the world's most illustrious pharmaceutical companies, but that doesn't mean everyone in the market has a firm understanding of what makes it a strong competitor. Indeed, especially as a result of the hype surrounding the miraculously quick development of its coronavirus vaccine, many investors have expectations about the stock that may be unrealistic.

In contrast, the smartest investors have a very different take on Pfizer, thanks to their knowledge of where the company has been and where it plans to go. Let's take a look at four factors that probably aren't obvious to everyone. 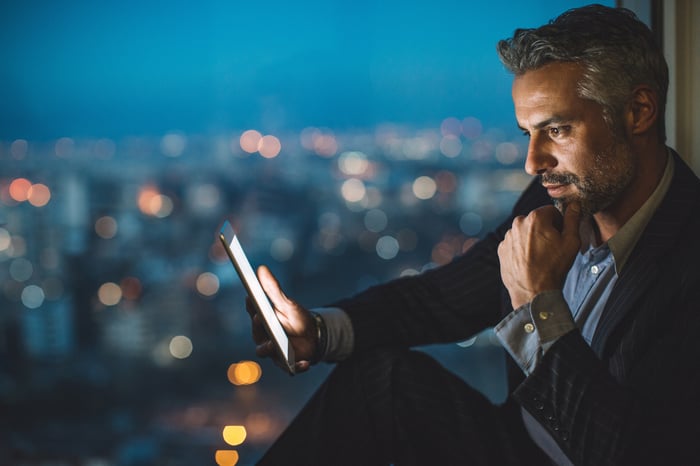 1. Pfizer is ready to lead the field of mRNA medicines

Thanks to its collaboration with BioNTech, Pfizer has the capabilities and know-how that it needs to be a power player in the new field of mRNA vaccines and therapeutics. Remember, even though Moderna might have the reputation of being "the" mRNA medicine company, Pfizer won first place in the coronavirus vaccine race.

And, now that it has that stunning success under its belt, there's nothing stopping it from going for the next big thing, which means making booster shots to combat coronavirus variants (if necessary) and starting work on wholly new mRNA projects. Plus, management has indicated that it won't need BioNTech's help to make an mRNA-based jab next time around -- and that means the company won't need to split the profits, either.

2. Margins could soon start to rise

Pfizer's margins may soon be buoyed by two entirely different factors. First, the company's coronavirus vaccine is being manufactured at larger and larger volumes, thereby increasing the beneficial impact of the economies of scale inherent to pharmaceutical manufacturing. By the end of the year, it hopes to make at least 2.5 billion doses. The scale-up's overall impact on its profit margin may not be that large, but it's still a step in the right direction.

The far more important factor is that the company spun off its generic drug manufacturing division, Upjohn, for a merger with another manufacturer that was completed in November 2020. The newly created entity, Viatris, will now handle the burden of making generics at scale. With Pfizer no longer obligated to continue that thin-margin manufacturing work, it will have more leeway to profit from its successful drug development projects. The scale of the benefit remains to be seen, but it'll likely take a few more years to be fully visible to shareholders.

On May 5, the U.S. trade representative to the World Trade Organization (WTO) signaled that the country would be willing to waive patent protections for coronavirus vaccines developed by American companies. That caused the stock of several vaccine makers to dip, and it also prompted an outcry from the pharmaceutical industry's lobbying groups and commercial associations. But smart investors simply don't care about this new development, because it's merely a symbolic gesture.

In short, Pfizer has nothing to fear from patent protection being waived for its coronavirus vaccine, as the manufacturing technologies and technical expertise required to actually produce vaccines at scale are both still firmly within its control. While others may soon be able to copy its vaccine without consequence in theory, there just isn't a very high chance that anyone else could actually use the information, because they don't have the plethora of trade secrets necessary to do so.

4. Its stock probably won't jump soon and a dividend cut is possible

As powerful and profitable as Pfizer is, its stock isn't going to double or triple in value. Instead, the total shareholder return will continue to stem from modest price appreciation over time, paired with a dividend that's currently yielding 3.87%.

There is one issue that new buyers of Pfizer stock may not realize, though. Management originally planned to cut Pfizer's dividend once Viatris initiated its own dividend in the second quarter so that shareholders at the time of the spinoff would have the same total payout as before. Pfizer revealed in the most recent earnings call that it will not do this because of its present financial strength. But, new shareholders should be aware that management was considering it, because the company could revisit the idea later.