Please ensure Javascript is enabled for purposes of website accessibility
Log In Help Join The Motley Fool
Free Article Join Over 1 Million Premium Members And Get More In-Depth Stock Guidance and Research
By Rich Duprey - Updated May 14, 2021 at 3:50PM

Its addition could give the cryptocurrency a measure of support amid volatile swings in value.

As if Elon Musk talking about Dogecoin (DOGE -0.41%) on Saturday Night Live wasn't enough, Coinbase Global (COIN -10.55%) says it will be adding the cryptocurrency to its platform within the next few weeks.

Because Coinbase is the largest crypto exchange in the U.S., the addition of Dogecoin could increase the volume of trading in the cryptocurrency, and its volatility. Not that it's needed much encouragement to ping-pong higher and lower in value any given day.

And Musk was still talking up Dogecoin, too. 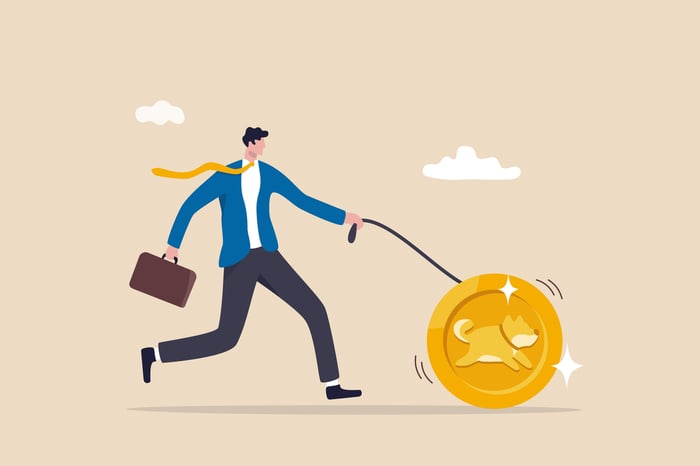 The CEO of Tesla (TSLA -2.44%) caused most cryptocurrencies to plummet when he announced the car company would no longer accept Bitcoin (BTC -2.29%) as payment because of concerns about the environmental impact of mining the currency.

Yet later that day, Musk tweeted he was working with Dogecoin developers to improve the efficiency of transactions, helping to lift the price of the crypto.

Some question who Musk would be working with, claiming Dogecoin has no developers, and allege he is manipulating the cryptocurrency market with his commentary that sends values soaring or falling.

Coinbase adding Dogecoin within the next six to eight weeks, however, would be a more solid display of support, though trading cryptocurrencies is highly speculative. Because Dogecoin began as a joke sparked by an internet meme, some would argue it is more speculative than others.

Indicative of that, the price of Dogecoin soared 30% to $0.54, though that's still 24% below the peak it hit last week ahead of Musk's SNL appearance.