Please ensure Javascript is enabled for purposes of website accessibility
Log In Help Join The Motley Fool
Free Article Join Over 1 Million Premium Members And Get More In-Depth Stock Guidance and Research
By Keith Speights - Updated May 14, 2021 at 10:07AM

There weren't many bright spots. 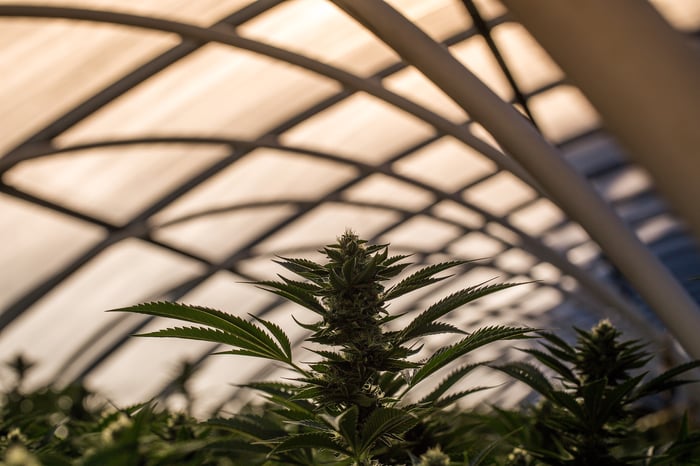 Aurora reported revenue in its fiscal third quarter of 55.2 million Canadian dollars, down 25% year over year. This result fell far short of the consensus revenue estimate of CA$68.25 million.

There was one area where Aurora did see some improvement, though. The company recorded an adjusted earnings before interest, taxes, depreciation, and amortization (EBITDA) loss of CA$24 million. While this wasn't impressive, it was at least better than the adjusted EBITDA loss of CA$49.6 million in the same quarter of 2020.

There were several reasons behind this huge drop. The COVID-19 pandemic continued to present a major headwind. Aurora's switch to a contract sales force was another major factor. It also didn't help that the company's cannabis edibles and value brand launched in the prior-year period, making the year-over-year comparison more difficult.

Martin understandably preferred to focus on Aurora's medical cannabis business. He said that Aurora "delivered the strongest performance in domestic medical and the best results in international medical cannabis of any Canadian LP [licensed producer] during the period."

Investors can expect further cost-cutting. The company announced plans to slash CA$60 million to CA$80 million annually over the next 18 months. These cuts are on top of the roughly CA$300 million in annual savings Aurora has already achieved.

One way that Aurora will reduce costs in the near future is its move to list its shares on the Nasdaq instead of the New York Stock Exchange, effective May 24, 2021. Martin said, "Nasdaq represents a good fit for Aurora and this listing transfer will enable us to realize cost efficiencies as part of our efforts to deliver long-term value to shareholders."

Don't be surprised if Aurora looks to make additional acquisitions in the U.S. Martin noted that the company ended its fiscal Q3 with around CA$525 million in cash. He said that this cash position will "support organic growth as well as opportunistic M&A [mergers and acquisitions], particularly in the U.S."

There was also another hint that Aurora could be preparing for a U.S. deal. The company said that it plans to file a new prospectus supplement to pave the way for a $300 million at-the-market stock offering. Aurora stated that this filing "will provide maximum flexibility to pursue acquisitions going forward, including within the U.S."