Please ensure Javascript is enabled for purposes of website accessibility
Log In Help Join The Motley Fool
Free Article Join Over 1 Million Premium Members And Get More In-Depth Stock Guidance and Research
By Taylor Carmichael - May 18, 2021 at 8:38AM

The stock has been in free-fall since Culper Research issued its short report.

On May 4, an anonymous short seller, "Culper Research," launched an attack on Aterian (ATER -10.76%), a company that uses artificial intelligence to find, acquire, and launch popular consumer goods businesses. Is this a bad sign for your stock?

Yes and no. Yes, in the short term, a short attack on a small cap will often send shares down, and Aterian's stock has dropped 35% since the report came out. Sometimes when there is "blood in the water" other shorts will jump in as well. On the other hand, shorts are always future buyers of your stock. If too many people are short a stock, the trade might flip on them, and a short squeeze might take place, causing the stock to zoom higher. That's what happened to the shorts in the Gamestop frenzy earlier this year. 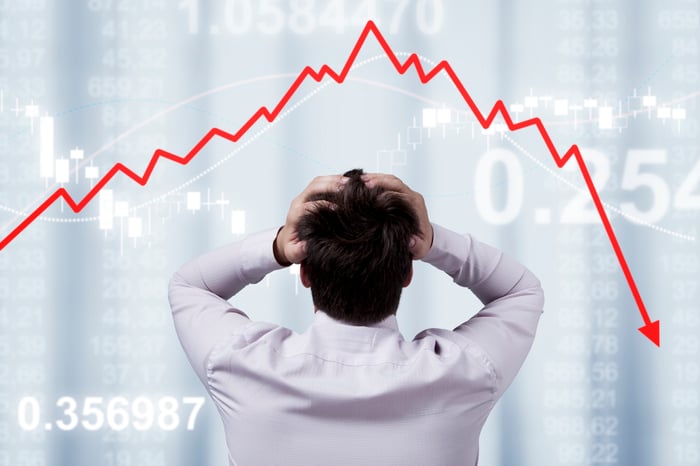 One of the nice things about shorts is that you can always count on them to bring up every possible negative about a stock. They have a financial motivation for doing so -- they want the stock price to go down. This makes them biased, of course, but no more biased than the shareholders who want the stock to go up. If you're a natural optimist, shorts are handy as a devil's advocate, reminding you of all the bad things that can happen to your stock.

So let's take a look at what Culper is saying about Aterian.

How sketchy is the Smash acquisition?

According to Culper, Aterian acquired the e-commerce brands Mueller, Pursteam, Pohl and Schmitt, and Spiralizer (the "Smash assets") from a convicted felon. Investors should probably take this allegation with a grain of salt, as Culper Research is an anonymous outfit and the author of the report is a mystery. On the other hand, the stock dropped 25% last week and the company felt the need to respond to the allegation. While the short report is lengthy, here is part of what Culper said.

In December 2020, Aterian purchased 9380 Macarthur LLC ("the Smash Assets") from (a) convicted felon...who also appears to be late on $4.1 million of taxes to the State of California. Not only has Aterian has not disclosed that its largest acquisition was from a felon who served prison time, but despite 5 elapsed months, the Company has failed to provide audited financials for the Smash Assets, leaving its S-3 shelf filing ineligible. The lock-up on (9380 Macarthur's) massive 16.2% stake expires in June 2021.

Aterian issued a press release to respond to the short attack. Here's what the company said in part.

We conduct extensive financial, legal, and other due diligence, including background checks, on our targets. Although we identified the historical legal concerns raised in the report, they were unrelated to the acquired businesses. Our focus was and continues to be on acquiring high performing businesses that offer opportunities for growth. In addition, these transactions were structured as asset purchases only and therefore the founders did not become employees of Aterian.

This response seems to concede that the company acquired the business from somebody convicted of crimes ("we identified the historical legal concerns raised in the report"), but that it judged the information irrelevant ("unrelated to the acquired businesses").

But that attitude raises a few questions. How valuable are the assets if you can't trust the sales numbers? Shouldn't you, at a minimum, audit the financials before you pay $25 million in cash, and give up 4.22 million shares ($60 million at current prices), and agree to acquire a $15 million promissory note? That's $100 million you paid.

According to documents Aterian filed with the SEC on April 29, 9380 Macarthur does indeed own almost 5 million shares, or 16.2% of the company. And 9380 has actually been buying more stock in Aterian since it was acquired by the company.

The short is also correct that the 9380 lockup expires in June, which means that Aterian's biggest shareholder will be free to start selling shares that were acquired for pennies. Meanwhile, almost six months after the acquisition, the audit has finally been completed, and Aterian finally filed its (late) numbers with the SEC on May 14.

According to the accounting firm, the numbers are fine. Nonetheless the six month delay in reporting is worrisome. Accounting issues always cause stress for investors. If you can't trust management, or its numbers, you really shouldn't be in a stock. And changing your chief financial officer in the midst of this doesn't exactly reassure. (On March 8 the company appointed Arturo Rodriguez to succeed Fabrice Hamaide in the position.) For that matter, changing the name of your company a week before a short attack might make people nervous, too. On April 29, the company rebranded from Mohawk Group Holdings to Aterian. Five days later, the short report came public.

Will Aterian stock recover from this short attack? In the near term, anything can happen to a stock price. But there are some warning signs here. A company that relies on acquisitions to make its revenue go up can be hiding a sales deterioration in the existing business. Investors might want to watch out.