Please ensure Javascript is enabled for purposes of website accessibility
Log In Help Join The Motley Fool
Free Article Join Over 1 Million Premium Members And Get More In-Depth Stock Guidance and Research
By Eric Volkman - May 18, 2021 at 5:53PM

Promising details in its first-quarter earnings release and a U.K. deal combined to make a good day for the electric vehicle maker.

Fisker (FSR 3.90%), the high-end electric vehicle (EV) manufacturer, saw its shares rise by nearly 9% on Tuesday. That was thanks to a quarterly earnings report that had several encouraging pronouncements and, more directly, to a new order from across the Atlantic. 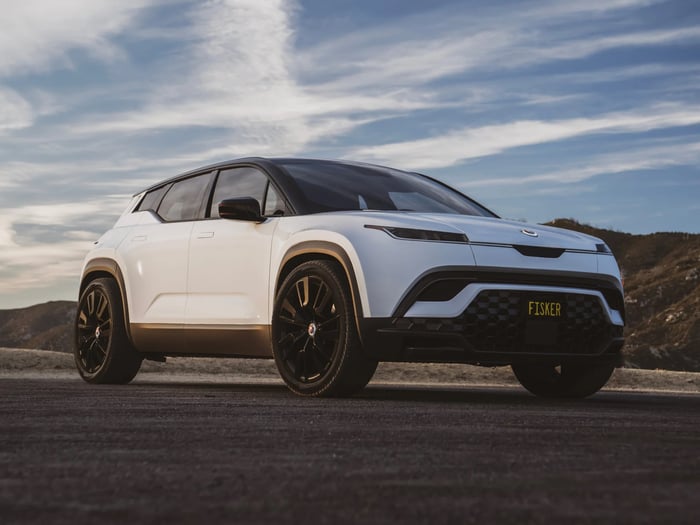 On average, analysts were expecting a shortfall of only $0.19 per share. However, there were numerous positives in Fisker's earnings release. One is that it still has a strong cash position ($985 million at the end of the quarter). Another is that there is clear customer interest, as Fisker has amassed 16,000 reservations for the Ocean.

But better news came on Tuesday morning. Fisker happily announced that it has signed an agreement with U.K. monthly vehicle subscription service Onto for delivery of up to 700 Fiskers in 2023.

Fisker bulls have to hang on for the ride; the red ink will continue to spill as the EV company cranks up the production of the Ocean. But demand is already robust, as indicated by the order count, and a recently announced arrangement with prominent manufacturer Foxconn (trade name of Hon Hai Precision Industry Co., Ltd.) bodes well for the company's future.