Please ensure Javascript is enabled for purposes of website accessibility
Log In Help Join The Motley Fool
Free Article Join Over 1 Million Premium Members And Get More In-Depth Stock Guidance and Research
By Barbara Eisner Bayer - May 23, 2021 at 7:02AM

The volatile cryptocurrency might be a risky bet for retirement.

People dream of hitting a jackpot in order to have enough money to retire. But the odds of winning a lottery are about 1 in 258.9 million, so you have a more reasonable chance of being struck by lightning (with odds of only 1 in 12,000).

Forget the lottery then...how about making a fortune in cryptocurrencies like Dogecoin (DOGE 6.22%)? The media is full of stories about people like Glauber Contessoto, who became a millionaire in April because he bought the cryptocurrency in February, right before its extraordinary run-up. I wonder how Mr. Contessoto felt on May 19, though, when Dogecoin dropped more than 40% that morning.

But what if you make a fortune with Dogecoin? Will that be enough to fund your retirement? 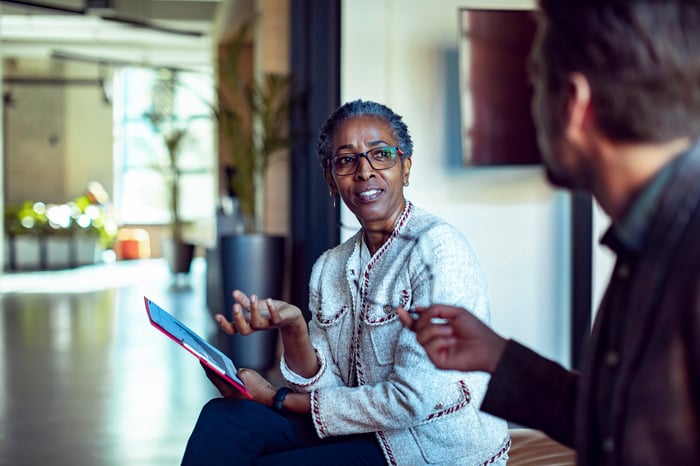 Back in 2013, two software engineers got together and created Dogecoin as a joke. But how surprised were the creators when, within 30 minutes of launching their joke, more than 1 million people visited their website? People were madly jumping onto the crypto bandwagon, and Dogecoin, as the newest player in town, seemed irresistible. And to some degree, they were successful: As recently as May 8, it was up over 27,000% from the previous six months. Now you see how someone who bought in early was able to make so much money so quickly.

The question is, though, can that kind of wealth last? In many ways, it's reminiscent of the Dutch Tulip Bulb Bubble that occurred back in the 1600s. Tulips were a luxury back then, and traders began buying and selling them, causing the value to rise rapidly. The problem was that people were so enamored with the flower that they began hoarding them and buying them on credit, thinking the price would only keep going up. But lo and behold, people were overleveraged and had to start selling their tulips in order to pay their creditors. That started a crash in the market, and it never recovered.

Will cryptocurrencies see a similar fate? While it's a possibility, it's too early to tell.

How to finance retirement

The traditional way to finance your retirement is to save money throughout your working days, funnel it into retirement accounts like 401(k)s or IRAs, and maintain a well-diversified portfolio of stocks and fixed-income investments so that if one sector tanks, your whole portfolio won't collapse along with it. That's the formula, and it works.

But what if you've already made millions in Dogecoin? Would that be enough to finance your retirement?

There are several problems with relying on Dogecoin to fund your senior years. One is that it's not a secure asset. While cryptocurrency is the new hot flavor of the year, there's no guarantee that it will have staying power. Bitcoin, Ethereum -- they've all had crazy highs and then crazy lows. Once you're retired, you want your money to be safe and stable, especially since you'll no longer be in the workforce. An asset like Dogecoin is too volatile to give a retiree a sense of stability.

Another problem is one you're familiar with: Putting all your eggs in one basket. If that basket falls, all your eggs will break. When you're retired (and even during your investing years), you want to maintain a wide range of stocks from different sectors and asset classes. That's a time-tested strategy that helps people retire with peace of mind. Relying on one volatile asset like Dogecoin will most likely not bring you the security you need when you're no longer earning income.

The third problem is that while you may own Dogecoin that's worth over $1 million, you don't really have the cash in hand until you sell. But will you? Many cryptocurrency owners believe this is only the beginning, so they're holding on because they think they'll become even richer. Plus, they'd have a huge tax bill if they sell now.

But if crypto fails to go mainstream and you don't sell, you could end up holding an extremely light basket of wealth and blow your retirement savings altogether.

How to retire on Dogecoin

If you want to retire on Dogecoin, the best way to do it is to lock in those gains and invest the money traditionally -- in a well-diversified portfolio of a variety of asset classes and sectors. Which means, of course, that you won't really be retiring on Dogecoin alone, but rather on the money you made by selling it.

Try not to get caught up in cryptocurrency mania, as it's too early to tell if it has staying power. No one asset is safe to fund an entire retirement. You don't want to discover five years before you leave the workforce -- or even worse, during your retirement -- that the cryptocurrency market has gone bust and your $1 million of Dogecoin is now worth $50,000. That's playing with lightning.