Please ensure Javascript is enabled for purposes of website accessibility
Log In Help Join The Motley Fool
Free Article Join Over 1 Million Premium Members And Get More In-Depth Stock Guidance and Research
By Eric Volkman - May 25, 2021 at 5:43PM

Investors seem to be shrugging off the news, however.

Amazon (AMZN 1.78%) is coming under fire from a well-armed legal figure. Karl Racine, the attorney general for Washington, D.C., has sued the company for engaging in anticompetitive behavior. This marks the first time that the massive retailer has been hit by an antitrust lawsuit in the U.S.

It's part of a pattern, though. Amazon and other tech giants have lately come under increased scrutiny by lawmakers, which has led to a raft of antitrust suits being brought against them. 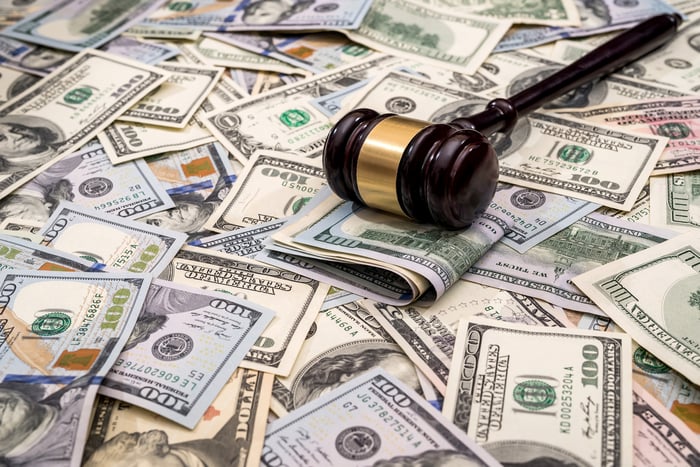 The attorney general claims in the suit that the policies that govern Amazon's relationships with third-party merchants prohibit those sellers from offering lower prices on non-Amazon sites. This makes the prices artificially high, and helps the big retailer amass monopoly power.

"Amazon is increasing its dominant stronghold on the market and illegally reducing the ability of other platforms to compete for market share," Racine told Bloomberg.

Amazon fired back, with an unnamed spokesperson saying in a statement, "The D.C. Attorney General has it exactly backwards -- sellers set their own prices for the products they offer in our store."

Amazon added, "like any store we reserve the right not to highlight offers to customers that are not priced competitively."

As reported by Bloomberg, Racine said he was unaware if other attorneys general would join the lawsuit -- a common practice with suits against high-profile companies. He also said his case isn't being coordinated with the Federal Trade Commission, the federal agency tasked with enforcing antitrust law.

Investors don't seem too spooked by the lawsuit. On Tuesday, they pushed Amazon's shares up by 0.4% while the S&P 500 slumped by 0.2%.