Please ensure Javascript is enabled for purposes of website accessibility
Log In Help Join The Motley Fool
Free Article Join Over 1 Million Premium Members And Get More In-Depth Stock Guidance and Research
By Leo Sun - May 25, 2021 at 8:08AM

Which resilient apparel retailer has more upside potential this year?

Nike (NKE 2.55%) and Stitch Fix (SFIX 10.42%) have both remained resilient investments as the pandemic has battered apparel retailers over the past year.

Nike suffered a brief slowdown, but it cushioned the blow with its digital sales and gradually reopened all of its stores. And Stitch Fix, which sends shoppers boxes of AI-curated clothing and only charges them for the products they keep, was an appealing way to shop throughout the pandemic.

I compared these two stocks last September, and declared Stitch Fix a better buy because its business was more disruptive and its stock was cheaper relative to its revenue growth. Stitch Fix's stock has rallied nearly 70% since I made that call, while Nike's stock has only risen about 15%. 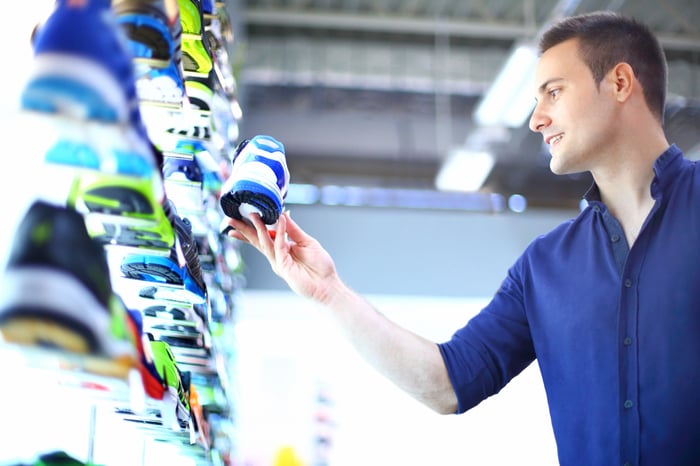 But will Stitch Fix remain a stronger investment as the market rotates from growth to value stocks and focuses more on reopening plays? Let's take a fresh look at both companies to find out.

Nike bounced back quickly after the pandemic

Nike's revenue and adjusted earnings declined 4% and 36%, respectively, in fiscal 2020 (which ended last May). Most of those declines occurred after Nike temporarily closed most of its stores in the fourth quarter, while rising fulfillment costs for online orders and aggressive promotions crushed its earnings.

But Nike reopened most of its stores in the first quarter of 2021, and it continued to expand its direct-to-consumer channel with fresh e-commerce features, new styles, and more store openings. It also benefited from an early recovery in China, its second-largest market after North America, after the country quelled the pandemic before many other countries.

As a result, its revenue and earnings rose 4% and 25% year-over-year, respectively, in the first nine months of 2020. Its gross margin dipped slightly, but it offset that contraction with tighter cost controls.

CFO Matthew Friend declared Nike's sales were already "exceeding" its "pre-pandemic levels" during the company's third-quarter conference call, and anticipates an acceleration in the fourth quarter with "low to mid-teens" revenue growth for the full year. Based on those expectations, analysts expect Nike's revenue and earnings to grow 16% and 96%, respectively, for the full year.

Next year, analysts expect Nike's revenue and earnings to grow another 13% and 27%, respectively, as its post-pandemic comparisons normalize.

Stitch Fix's revenue rose 11% to $1.7 billion in fiscal 2020, which ended last August, but it posted a net loss of $67 million, compared to a profit of $37 million a year ago. That loss was mainly caused by pandemic-related disruptions at its warehouses. 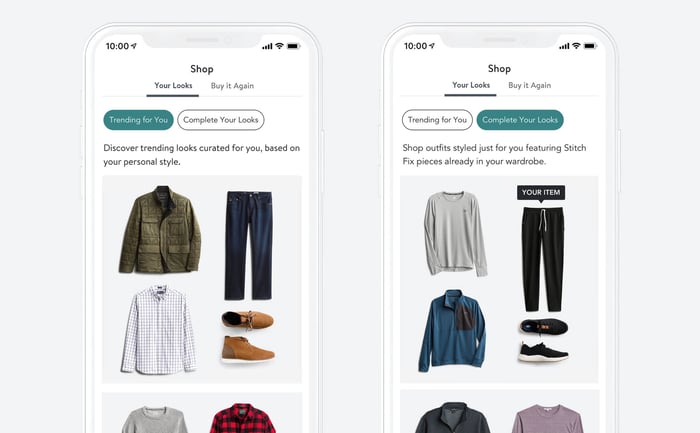 Its number of active clients increased 12% year-over-year to 3.9 million at the end of that period, but its average revenue per active client fell again in the first and second quarters. Its declining value per customer is worrisome, since it could make it tougher to cover its fulfillment costs, but its growth in new clients is partly offsetting that softness. It expects its revenue to rise 18%-20% for the full year.

Wall Street expects Stitch Fix's revenue to rise 19% this year and 18% next year, and for its net losses to gradually narrow.

Nike should experience a smooth recovery this year, but the stock is a bit pricey at 34 times forward earnings and five times this year's sales. Its low forward yield of 0.8% also won't attract any serious income investors.

Stitch Fix can't be valued with a forward P/E ratio since it isn't profitable, but it trades at just over two times this year's sales. That's a pretty low price-to-sales ratio for a disruptive company that is still generating double-digit revenue growth.

Stitch Fix is a speculative stock, but I still think it's more appealing than Nike in this value-oriented market. It's cheaper than many other stocks that generate comparable sales growth, and it's carved out a unique niche in online shopping with its algorithm-powered personal styling system.

Nike is still a great long-term investment, but I expect its higher P/E ratio and fresh competition from Adidas and Under Armour will throttle its near-term gains.