Please ensure Javascript is enabled for purposes of website accessibility
Log In Help Join The Motley Fool
Free Article Join Over 1 Million Premium Members And Get More In-Depth Stock Guidance and Research
By Adria Cimino - May 25, 2021 at 6:00AM

Target's CEO highlighted this element in the recent earnings call.

It's fair to say digital has been a major part of Target's (TGT 0.51%) growth story over the past year. As people opted to stay far from crowds, they flocked to Target online. And they used same day pick up and delivery services. Last year, the retailer's digital sales climbed by almost $10 billion. And same day services soared 235%.

But another element actually is driving Target's success. And the most recent quarter put that particular element in the spotlight. This part of Target powers the company's digital growth -- and overall growth. Importantly, it will keep Target's sales climbing well beyond the pandemic. 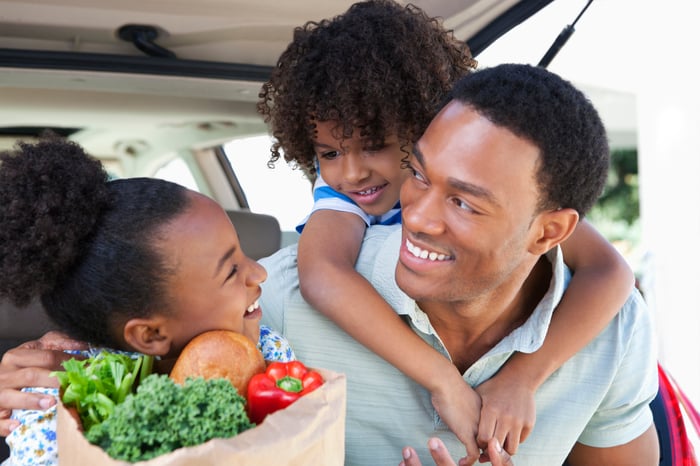 A quote from Target's CEO is the perfect way to introduce this growth driver.

"Our performance in the first quarter was outstanding on every measure and showcased the power of putting our stores at the center of our strategy," said Brian Cornell during the earnings report last week.

Target's stores are the secret of the company's success. In the first quarter, same store sales advanced 18% and made up "the vast majority of our growth," Cornell said. With the increase in vaccination and the decrease of coronavirus cases, many shoppers returned to their habits of shopping trips to Target.

This is great. But what is even better is how stores drive growth even when it comes to online sales. Target stores fulfilled more than three-quarters of the retailer's digital sales in the quarter. As a result, the stores drove about 95% of the quarter's sales. So, stores are key -- whether the customer orders online or browses in person.

And Target is working to make stores an even stronger part of the mix. That's by making its processes more efficient. The company plans to open four new distribution centers by the end of next year. These centers will improve the levels of stock in stores. Target also will open five new sortation centers this year. This allows the company to send more packages out of its stores to be sorted and shipped. And that makes room in stores for the preparation of other packages.

The final piece of the puzzle is the fact that Target is preparing its stores to generate even more sales. It's doing this through remodeling. Target says remodels have generally resulted in 2% to 4% sales growth the year following the work -- and another 2% growth the year after that. Target expects to complete 34 remodels in the second quarter. And it plans to launch 100 more remodels by the end of the year.

Stores also are winning by catering to what customers want. For instance, in New York City, the company has established small format stores. At the same time, Target has opened larger than usual stores in some suburban areas -- and says they're generating strong sales and high margins.

All of this doesn't mean we should ignore Target's digital business. What it does mean is we don't have to worry if online sales climb more slowly than during the worst of the pandemic. Target has built a massive base of loyal fans who will shop there either online or in person. The company said about 30 million guests shop Target every week -- and across product categories.

And for investors this means two things. First, we can expect Target's sales and profit growth to continue well beyond the pandemic. And second, stock price gains are likely to be steady, and most important, lasting.