Please ensure Javascript is enabled for purposes of website accessibility
Log In Help Join The Motley Fool
Free Article Join Over 1 Million Premium Members And Get More In-Depth Stock Guidance and Research
By Howard Smith - May 25, 2021 at 10:10AM

The EV start-up gave investors some unwelcome news in its first-quarter financial update.

The stock of Lordstown Motors (RIDE -9.80%) has been on the decline since a short-seller report from Hindenburg Research in mid-March questioned the legitimacy of several aspects of the business. That almost 40% drop has now been extended after the electric truck start-up reported its first-quarter 2021 financial update late Monday. As of 9:50 a.m. EDT today, Lordstown shares were down more than 15% versus Monday's closing price.

The company told investors that production will in fact begin on schedule in the fourth quarter of 2021, but volume this year would be "at best" 50% of previous estimates. In addition, the company said it is seeking to raise more capital to fund its start-up plans. 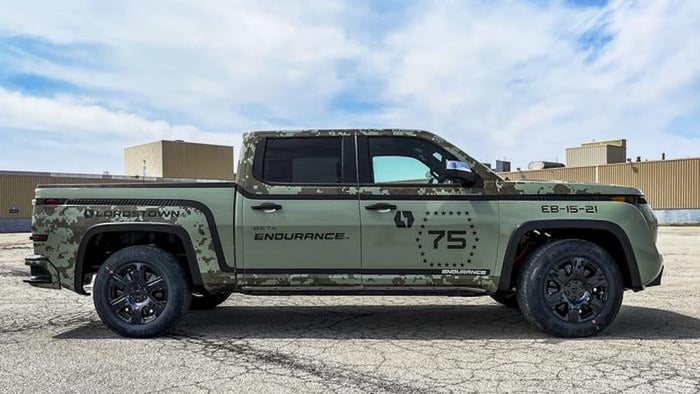 The company reported a first-quarter 2021 net loss of $125 million, but that wasn't unexpected or what is driving shares down today. Investors are focusing on the news that operating expenses are now expected to jump by about $115 million versus what the company estimated just three months ago. Management told investors in a statement, "As a result, we need to raise additional capital to complete our business plans and have begun those discussions."

Lordstown recently gave investor confidence a boost when it announced it would host an event in late June for investors, customers, suppliers, and the media. But the first-quarter update has created some questions regarding the business in the near term. Lordstown now says it expects to end 2021 with liquidity between $50 million and $75 million in cash and cash equivalents "after giving effect to certain cost reductions and delayed investments."

Investors today aren't giving the company the benefit of the doubt on future assumptions, it seems. The Lordstown Week event a month from now might be the next time investors get some more questions answered.