Please ensure Javascript is enabled for purposes of website accessibility
Log In Help Join The Motley Fool
Free Article Join Over 1 Million Premium Members And Get More In-Depth Stock Guidance and Research
By Rachel Warren - May 27, 2021 at 6:18AM

The best is yet to come for these winning growth stocks.

Not all stocks have the potential to deliver consistent market-beating returns, but you don't have to look far to find these investment gems. The reality is that few investments will make you rich overnight, and the best way to build and maintain stock market wealth is to invest for the long term.

In that vein, let's look at two stocks that have serious wealth-building potential and could provide winning catalysts to your portfolio for decades to come. 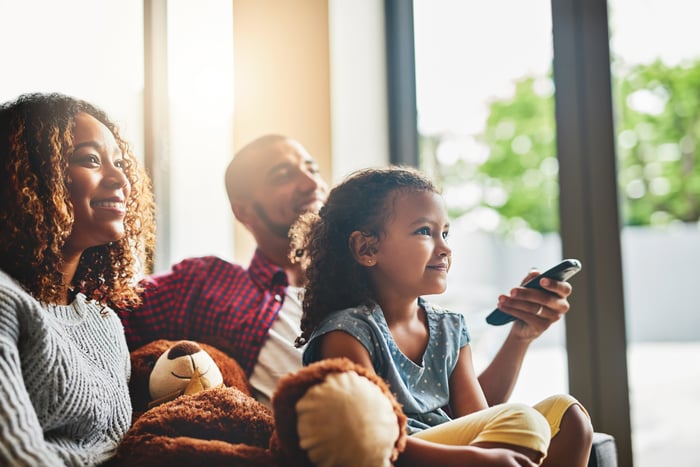 As the world goes digital, people are increasingly choosing streaming platforms to enjoy their favorite movies, television shows, and other forms of entertainment. According to Grand View Research, the video streaming market attained a global valuation of more than $50 billion in 2020, and is projected to maintain a 21% compound annual growth rate (CAGR) in the 2021-2028 period.

Netflix (NFLX 1.67%) is one of the pre-eminent players in the worldwide streaming market, and has seen exponential growth over the past year. Shares of the company are trading about 20% higher than one year ago, and current analyst price targets give the stock as much as a 130% upside.

It's no surprise that Netflix's business and balance sheet both exploded during the pandemic. In the age of extended lockdowns, millions of people around the world turned to digital streaming platforms to stay occupied at home. But Netflix's growth isn't limited to the pandemic era. And the rapid growth that the industry is expected to deliver in the years ahead portends that this streaming media giant is just getting started.

When Netflix released its first-quarter results on April 20, shares fell by roughly 8% even though the company reported stellar increases to both its top and bottom lines. The reason behind this share price drop was Netflix's rate of subscriber growth for the quarter. Although the company expanded its paid member count to 208 million subscribers during the three-month period, this was slightly behind Netflix's original forecast of 210 million.

Should investors be concerned? Not at all. Fluctuations in subscriber growth are to be expected, particularly after the banner year Netflix delivered in 2020. Management also noted that "paid membership growth slowed due to the big COVID-19 pull forward in 2020 and a lighter content slate in the first half of this year, due to COVID-19 production delays."

And it's worth noting that Netflix's paid membership base still grew a healthy 14% in the first quarter from the year-ago period. In addition to these figures, first-quarter revenue surged 24% year over year while its net income grew by a whopping 140%.

Netflix is expecting to deliver year-over-year revenue growth of 19% in the second quarter. Management is also forecasting a spike in its membership base in the latter part of the year as it builds on its slate of original releases with new seasons of fan favorites like Money Heist and The Witcher.

Analysts are expecting great things from Netflix. They project that the company can keep up average annual earnings growth of around 45% or higher for the next five years alone. With shares trading slightly lower than a few months ago, now's an excellent time to buy this winning stock on sale to set up your portfolio for exceptional long-term returns.

While DexCom (DXCM -0.69%) may not be the most glamorous of healthcare stocks, its leadership in the production of continuous glucose monitoring (CGM) devices has helped it flourish as a high-growth company in all sorts of market environments. This makes it a compelling play for investors searching for a long-term portfolio winner.

DexCom's flagship product is its G6 CGM system for individuals with type 1 or type 2 diabetes. The system features a one-touch applicator, a sensor and transmitter that computes and conveys the user's glucose levels, and a display device to read the results. The G6 sensor has a 10-day wear time. DexCom is planning to release its new and improved G7 system later this year, which is expected to not only be smaller than the G6 but have extended wearability as well.

In the full-year 2020, DexCom reported 31% revenue growth, and its operating income surged by 590 basis points from the prior year. The company was also extremely profitable in 2020, reporting that its net income increased by nearly 400%.

DexCom's first-quarter earnings showed an impressive start to 2021. Revenue surged 25% year over year during the three months, and its net income registered a 103% increase from the year-ago period.

Management is expecting the company to deliver between 17% and 22% overall revenue growth for the full-year 2021. And analysts are projecting that the company can maintain a similar rate of average annual earnings growth over the next half-decade.

While shares of the company have retraced from highs during the pandemic, analysts still give DexCom an upper price target of $540, which would represent as much as a 53% upside from where it's trading now. If you, like many other investors at the moment, are concerned about the current volatility of the market, now's the perfect time to fill your basket of stocks with reliable companies primed for stable, long-term growth.

According to the website Research and Markets, the CGM device industry had a global valuation of more than $4 billion as of 2019, and is expected to achieve a 17.3% CAGR in the 2020-2025 period alone. DexCom has a momentous opportunity for market expansion in the years ahead, and its dominant position in its marketplace has consistently translated to meaningful balance-sheet growth throughout the pandemic and subsequent economic crisis. This makes the stock a fantastic choice to add to your buy list right now.

2 No-Brainer Stocks to Buy In The Next Market Crash