Please ensure Javascript is enabled for purposes of website accessibility
Log In Help Join The Motley Fool
Free Article Join Over 1 Million Premium Members And Get More In-Depth Stock Guidance and Research
By Eric Volkman - May 27, 2021 at 7:57PM

Pricing is unclear, but sources say the new model is likely to retail for above $299.

It seems that the new version of the Nintendo (NTDOY 0.00%) Switch is right around the corner. In an article published on Thursday and citing "people familiar with the matter," Bloomberg reported that the Japanese company aims to release the video game console this September or October.

The article's sources said the company would like to start production of the upgraded Switch -- the official name of which remains unknown -- as soon as July. If Nintendo firms up those plans, the company could formally announce the new console before the start of the highly influential E3 video game industry conference. This year, it will be a virtual event that begins on June 12. 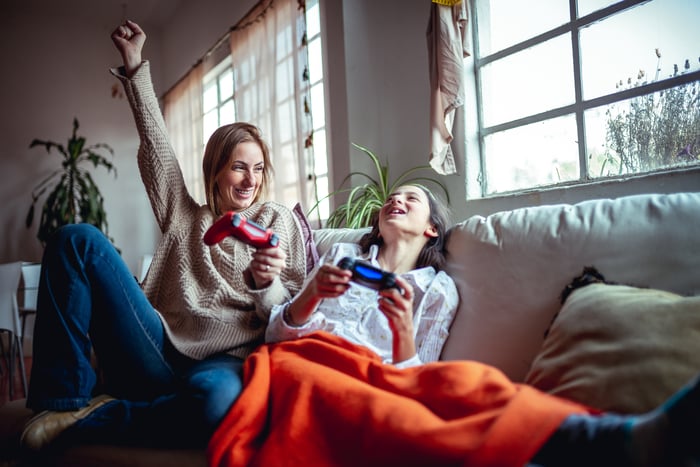 According to the people interviewed by the news agency, the upgraded Switch should retail for more than the original's price of $299.

It's unclear whether the global chip shortage, which has hobbled a great many electronics manufacturers large and small, will affect Nintendo's plans. The company refused to comment on the Bloomberg article.

The original Switch was a hit with video gamers, not least because it's a handheld/console hybrid. It performed well considering it competed with the two power players in the video game console universe, Microsoft (MSFT 1.70%) and Sony (SONY 1.14%).

A late arrival after the establishment of the eighth generation of modern video game consoles, Switch's unit sales, as of this past January, have eclipsed those of Microsoft's Xbox One by more than 65 million units. They have lagged behind Sony's PlayStation 4, however, by 36 million.

The new Switch will be considered by many to belong to the ninth generation, which is already populated by the latest Sony model, the PlayStation 5, and Microsoft's Xbox Series X and Series S. Those models were released in 2020.