Please ensure Javascript is enabled for purposes of website accessibility
Log In Help Join The Motley Fool
Free Article Join Over 1 Million Premium Members And Get More In-Depth Stock Guidance and Research
By Zhiyuan Sun - Jun 3, 2021 at 4:19AM

Looking for huge winners over the long run? Here are three top picks.

Over the past year, the S&P 500 benchmark has rewarded investors with an astonishing 40.6% rally. It's becoming harder and harder to find high-quality growth stocks that best its performance -- but they have not yet disappeared entirely. 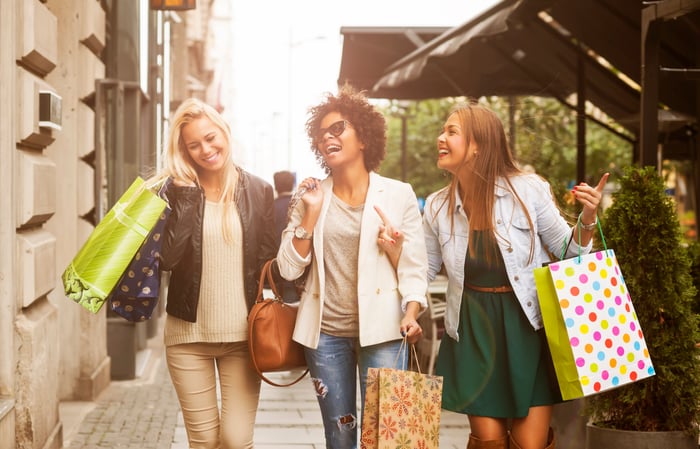 Bumble is a dating app with a unique feature -- letting women make the first move. This simple tweak has attracted an entire community of relationship seekers who may be disillusioned by conventional dating platforms like Tinder. Aside from running Bumble, the company also owns Badoo, a dating-focused social network with over 509 million users.

Moving forward, Bumble stock is a solid buy at 8 times revenue. Not only does it have solid sales growth ahead, but it is picking up steam in terms of generating operating income less non-cash expenses (EBITDA). For its excellent value proposition and rising member count, it is a solid tech stock to consider.

Beyond Meat is quickly revolutionizing the food industry with its plant-based meat substitutes. Using its proprietary science, the company is able to replicate the composition, core structure, and sensory experience of meats. Don't be dismayed if you are a meat lover; there are actually a lot of benefits to the company's approach.

For starters, people with mostly plant-based diets are 42% less likely to develop heart failure than those who focus on meat. In addition, a factory-based approach to "meat" production cuts out the use of agricultural land for livestock, meaning it is more sustainable for the environment.

The stock may seem a little expensive at 16.4 times revenue. However, Beyond Meat has something other food companies don't -- its commitment to science. The company reinvests as much as 7.8% of its sales each year into research and development, which is 5.9 percentage points higher than the next leading competitor. Given its dedication to sustainability, it is an outstanding socially responsible stock to buy now.

Bausch Health Companies is a diversified pharma specializing in vision care, gastrointestinal treatments, and dermatology. For the next two years, the company forecasts it can grow its revenue and EBITDA by 4% and 5.5% per annum. It currently generates more than $8.4 billion in revenue and $3.425 billion in EBITDA.

The company's biggest hurdle is its gigantic debt balance. During a series of levered acquisitions, Bausch Health accumulated $23.985 billion worth of liabilities it's been struggling to pay off. It owes $1.46 billion each year in interest alone.

Fortunately, Bausch Health is exploring sales of its iconic contact lens business Bausch + Lomb to help balance the books. The company acquired the subsidiary in 2013 for $8.7 billion, and it has been a solid return on investment. Bloomberg estimates that Bausch + Lomb is now worth as much as $20 billion to $30 billion.

If the company completes a sale at that price, it would be enough money to let it start afresh. It is in desperate need of cash to reinvest in its pipeline in order to offset the loss of exclusivities on key products.

Right now, Bausch Health Companies is one of the cheapest pharma stocks out there at just 7.7 times price-to-earnings (P/E) and 1.3 times price-to-sales (P/S). The company is also backed by billionaire hedge fund managers such as Carl Icahn and John Paulson. Keep an eye out for its upcoming divestiture as a catalyst for growth.

Zhiyuan Sun has no position in any of the stocks mentioned. The Motley Fool owns shares of and recommends Bausch Health Companies and Beyond Meat, Inc. The Motley Fool has a disclosure policy.

3 Bubbles That Could Pop in the Next Market Crash

Hypergrowth or Profits? These 3 Stocks Don't Make You Choose

Why Tilray, Beyond Meat, and Pareteum Jumped Today