Already up 950% so far in 2021, this rising crypto is a serious challenger to Ethereum.

Cardano (ADA -0.53%) has seen one of the most significant price jumps of any leading cryptocurrency in 2021 so far. Priced at just $1.85 as of this writing, the coin is more than 10 times more valuable than it was on January 1 and currently sits in the top five cryptocurrencies by market cap.

The recent crypto market crash has erased much of Bitcoin's (BTC -0.01%) recent gains (although it's still up about 32% since January 1), and at least temporarily dampened Ethereum's (ETH -1.15%) electrifying surge -- it's down about 35% from its recent all-time high. However, Cardano has kept more of its upswing action intact amid increased market volatility. 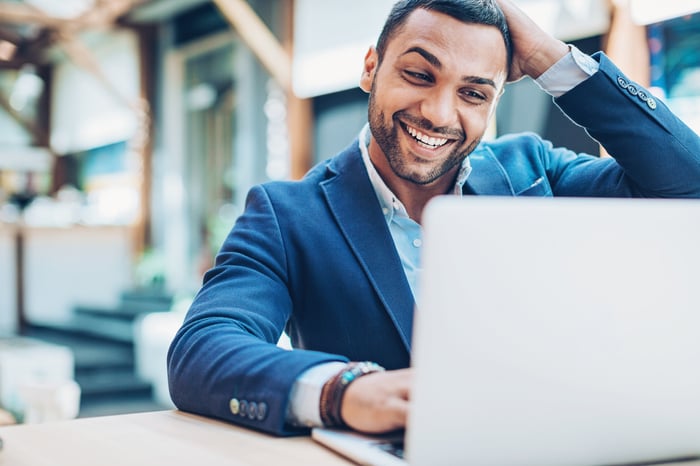 Cardano isn't as well-known as Bitcoin or Ethereum, and its market cap and daily transaction volume are a fraction of those leading coins. But that's part of the appeal: cryptocurrency investors see vast potential in the so-called "Ethereum killer," which is on the verge of a massive blockchain network upgrade that could help it live up to that moniker.

Here are five reasons why investors are so bullish on Cardano right now.

1. It's getting much smarter

Cardano will soon implement "smart contract" functionality, which essentially means adding code that enables automated, self-executing contracts. Smart contracts allow developers to build apps on top of blockchain platforms, such as Ethereum's enormously popular Uniswap decentralized exchange. The entire decentralized finance (DeFi) industry is built on smart contracts, much of it on Ethereum, and Cardano is about to join the party.

Ethereum's blockchain can only handle a very limited number of transactions right now -- around 15 per second -- which has led to immense congestion on the network. That means longer waits to complete transactions and high "gas fees" (or transaction fees) that you'll pay to send them through.

3. It's environmentally friendlier, too

Both Bitcoin and Ethereum are based on energy-intensive "proof-of-work" systems, which require miners to use powerful computers to solve complex math equations -- all in the hopes of winning some cryptocurrency for their efforts. In fact, it's part of the reason why the crypto market is down so much lately, after Tesla decided to stop accepting Bitcoin due to the outsized environmental impact of mining.

Luckily, Cardano has a much more eco-friendly "proof-of-stake" system, in which validators hold their coins within the network to participate and earn rewards. According to Cardano founder Charles Hoskinson, the network is "1.6 million times more energy efficient" than Bitcoin. That might seem like an impossible figure, but it really speaks to the overwhelming amount of energy needed to power Bitcoin's network. It's something that crypto newcomers are surely keeping in mind as they plot potential investments, and Cardano offers a better path forward.

As a third-generation blockchain network, Cardano has learned from the missteps of its predecessors to try and create a more effective, economical, and energy-efficient system. On top of that, it's also based on peer-reviewed scientific research, with ample time and energy put into exploring the technical possibilities within. You might call it the opposite of Facebook's classic "move fast and break things" motto. Some would say that's why Cardano has been slow in implementing features like smart contracts, but it could assuage some investors' fears given the already volatile nature of cryptocurrency.

If bullish cryptocurrency analysts are correct, then the entire market may have plenty of room to grow in the years and decades to come. But the days of buying a single BTC or ETH for a few dollars and watching it grow into the thousands (and beyond) are long gone. Could Cardano's value ultimately lift off into the stratosphere like those coins did? There's no telling for now. But the fundamentals behind Cardano appear to be strong, and given the current low price per coin, many investors see it as a worthy long-term bet on a promising cryptocurrency project.

Missed Out on Bitcoin? 1 Top Cryptocurrency to Buy Now

Cardano Below $0.50: Is It a Buy Before the Vasil Hard Fork Upgrade?

What Investors Need to Know About the Cardano Update

Will Cardano Be Worth More Than $1 Again?