Please ensure Javascript is enabled for purposes of website accessibility
Log In Help Join The Motley Fool
Free Article Join Over 1 Million Premium Members And Get More In-Depth Stock Guidance and Research
By Zhiyuan Sun - Jun 3, 2021 at 6:20AM

Shares of iconic theater chain AMC Entertainment (AMC -4.01%) are up a stunning 530% in the past month alone. Behind the momentum are the 10-million-strong traders/followers/influencers from the legendary WallStreetBets subreddit. There wasn't much news per se that led to yet another short squeeze in the hot turnaround stock. Perhaps investors started to realize that there is a massive backlog of films from blockbuster franchises that are all scheduled to hit the big screen within the next two years.

If you missed out on the pop on AMC stock, rest assured, another opportunity may be emerging. Clover Health (CLOV 6.11%) has gained attention as a recently IPO'd healthcare stock. However, more than 35% of its entire float is sold short. Does this insurance company have true upside potential? 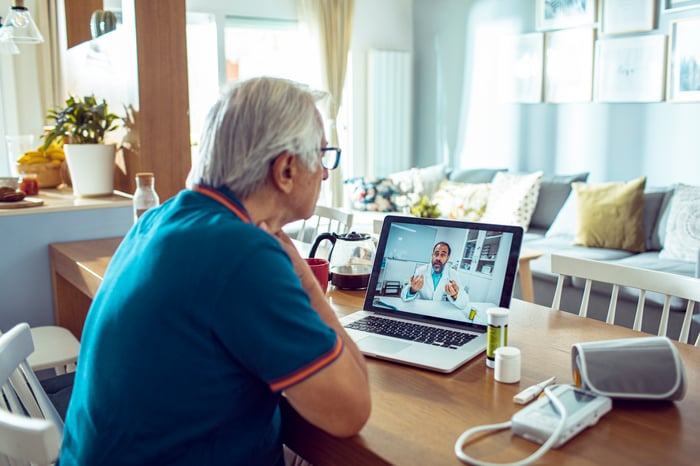 What's with the skepticism?

In February, short-seller research firm Hindenburg alleged that Clover Health's business model involved paying physicians at above-market rates to use its Clover Assistant diagnostic software. According to doctors interviewed by Hindenburg, the software often made irrelevant diagnoses that were difficult to remove.

Hindenburg also accused Clover Health of questionable reimbursement practices. A vast majority of its members are located in New Jersey, where hospitals are known to charge some of the highest average treatment costs in the country. Clover Health was also suspected of not disclosing conflicts of interest with its subsidiaries when using them to sell insurance plans to potential customers. The company is under investigation by both the Department of Justice and the Securities and Exchange Commission for such practices. Since the report was released, Clover Health stock has lost more than half of its value.

The first clue that Clover Health stock is not the doom and gloom that it appears is probably its booming business. Since then, the company has been hiring on all fronts, including medical practitioners, nurses, software developers, analysts, sales associates, and project managers. Enrollment in its health plans grew to a record high in first-quarter 2021.

What's more, Clover Health has no debt whatsoever with more than $700 million in cash. The company could use its massive liquidity to settle investigations -- without ever admitting any alleged wrongdoing.

For the full year, Clover Health expects to grow its Medicare Advantage patient count by 19.5% year over year to 69,000 (with superb growth coming from outside of New Jersey). The company also expects to have 200,000 Medicare beneficiaries through its new direct contracting program, compared to zero in the prior year.

The stock is currently trading for about four times forward sales. That is not a bad price to pay for a revenue growth rate of 22%. Clover Health forecasts it can bring in $820 million in sales for 2021. It estimates its operating income less non-cash expenses (EBITDA) will be negative $215 million. However, that's more than covered by the company's existing liquidity. Plus, the company needs all available cash on deck to increase its member count.

A big driver behind Clover Health's growth is its commitment to patients as its top priority -- not just making money. The company's plans offer widespread coverage, with plans starting at as little as $0 per month. Patients can see primary care physicians and specialists as often as they like, for just a few dollars out of pocket per visit. Beneficiaries also have access to services like dental exams free of charge.

Furthermore, the company has its trademark software to help physicians make better diagnoses and offer home visit care services. Clover Health pays out 15% more of its federal reimbursement revenue in claims than traditional health insurers for such benefits and low out-of-pocket costs. In exchange, the company sees a much higher growth rate and customer satisfaction compared to the sector average.

Overall, given its solid membership growth, great health plans, excellent capitalization, and bargain valuation, Clover Health is a healthcare stock that is prime for significant upside -- if it can resolve its regulatory investigations and allegations of wrongdoing in a timely manner. There's potential for the stock to spike alongside AMC Entertainment -- although perhaps not to the same degree. Investors should look to another quarter or two of membership growth or potential settlement of investigations as catalysts that could send the stock upward.