Please ensure Javascript is enabled for purposes of website accessibility
Log In Help Join The Motley Fool
Free Article Join Over 1 Million Premium Members And Get More In-Depth Stock Guidance and Research
By Neil Patel - Jun 4, 2021 at 5:50AM

Out-of-favor companies can be a gold mine when it comes to finding superior long-term investments.

The market's rotation from high-growth stocks into value is having a major effect on the share prices of many companies, but these three pandemic winners in particular stand out.

Roku (ROKU 3.92%), Peloton (PTON 13.60%), and Etsy (ETSY 4.56%) have all fallen significantly since they each hit all-time highs at various points earlier this year. Let's find out why this is a big mistake by Wall Street and an opportunity for discerning investors. 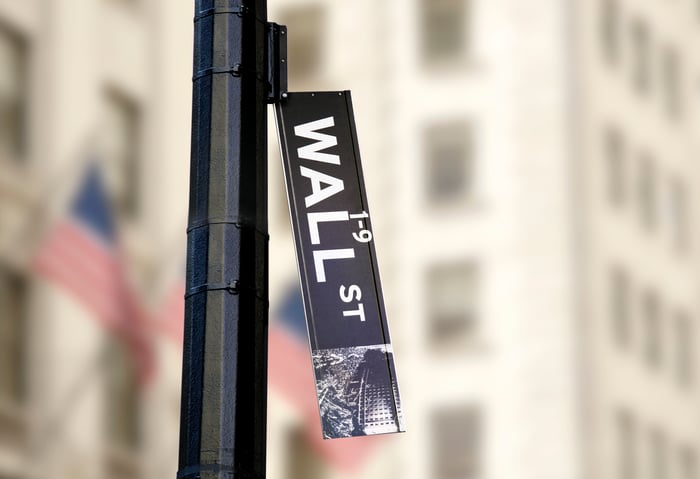 1. Roku: The TV operating system of the future

As a major beneficiary of the move to streaming entertainment, Roku's business saw tremendous growth during 2020 with people spending more time than usual stuck at home.

Revenue last year soared 57.5% and has expanded at a faster clip compared to each of the past four years. The momentum in first-quarter 2021 hasn't slowed down one bit. Sales jumped 79%, with gross profit up a remarkable 132%.

Roku's 53.6 million active accounts use the company's service to access all of their streaming subscriptions in one place, and this provides value to other user groups as well. Content producers like Netflix and Disney+ can reach viewers on Roku's platform, while big companies like Walmart can direct advertising dollars to a streaming environment.

Since the majority of streaming hours are spent using a TV, Roku is in a prime position as its operating system has the highest market share of smart TVs sold in the U.S. Over time, it's looking as though Roku will control the living room in an entertainment world dominated by streaming.

Peloton has spearheaded a rising consumer interest in working out at home, and the company was on the receiving end of a massive boost due to the pandemic. The business now has just over 2 million connected fitness subscribers who completed nearly 150 million workouts last quarter. And management is forecasting $4 billion in revenue this fiscal year, a more than doubling versus the prior year.

Peloton's connected fitness equipment is clearly extremely popular, but supply chain issues during the demand surge last year and the recent recall of the Tread and Tread+ are pressuring the stock.

In addition to the acquisition of Precor completed earlier this year, the company previously announced a $100 million investment to improve expedited shipping capabilities. Additionally, Peloton plans to build its first U.S.-based factory in Ohio, which will help fulfillment times domestically.

And as far as the recalled treadmills are concerned, Peloton has already released an over-the-air software update. It plans to develop hardware improvements as well to enhance the safety of the product.

Ultimately, I believe the problems facing the company will be handled, and Peloton will be a better-run organization because of it. It's hard to bet against a company that has such a fanatical following.

3. Etsy: The go-to marketplace for special and unique products

Like Peloton, Etsy's stock price woes can be attributed to a specific cause. Growth for the online marketplace is forecast to slow significantly next quarter, according to management's latest guidance. Revenue is expected to rise 15% to 25% in the second quarter compared to the prior-year period. This is after both sales (up 142%) and profit (up 1,028%) skyrocketed in Q1.

Investors are absolutely mesmerized with fast growth, so when there's any mention of a deceleration, they run for the exits. That would be a mistake with Etsy for two important reasons.

First, the company is building a powerful competitive advantage (from network effects) around its business. Etsy has 4.7 million sellers and 90.7 million buyers on its platform, and these users accounted for $3.1 billion in gross merchandise sales (GMS) in the quarter. The number of habitual buyers, which are the company's most valuable customers, tripled compared to Q1 2020.

Second, Etsy still has a huge runway for expansion ahead of it. Management views the market for special items as a $100 billion opportunity in its six core geographies (U.S., U.K., Canada, Germany, Australia, France). Penetration in India, as the country's middle class becomes wealthier, will certainly drive even more gains in the years ahead.

All three of these stocks have been under pressure in 2021. Roku and Etsy have fallen out of favor as investors focus on reopening trades, while Peloton is battling its own set of internal problems. But the big-picture trends, specifically the shift to streaming entertainment, e-commerce, and at-home fitness, are still very much at play.

Take a long-term approach and look past Wall Street's near-term pessimism. These are three fantastic companies you should consider owning.