Please ensure Javascript is enabled for purposes of website accessibility
Log In Help Join The Motley Fool
Free Article Join Over 1 Million Premium Members And Get More In-Depth Stock Guidance and Research
By Daniel Sparks - Updated Jun 7, 2021 at 9:15AM

Despite Square's love affair for bitcoin, the financial technology specialist's stock doesn't need the cryptocurrency to perform well over the long haul.

Recently, Square (SQ -3.21%) has become known for its close connection with Bitcoin (BTC -1.91%). Not only has the company invested in the digital coin, but it also profits from it by letting its Cash App users buy and sell it. Even some analysts are starting to put weight on Square's cryptocurrency effort; a recent price target increase for the tech stock by KeyBanc analyst Josh Beck cited swelling interest in cryptocurrency as one of the key reasons for his optimism.

While it's true that Square's business does have a material connection to bitcoin now, it doesn't mean the company is reliant on it to succeed. In fact, it's arguable that Square's constant innovation makes a case of just the opposite: Square doesn't need bitcoin to reward investors over the long haul. 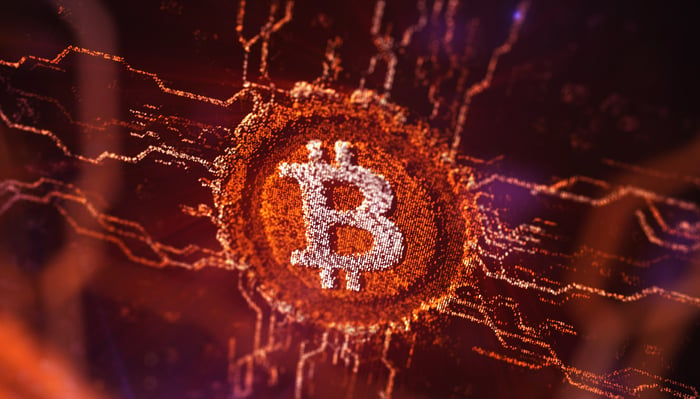 Square has cozied up with bitcoin in several ways in recent years. First of all, it was the first major fintech company to enable buying and selling bitcoin within its peer-to-peer payments app; in 2018, the company rolled out the ability to buy and sell bitcoin within its Cash App. In addition, Square started letting Cash App users send bitcoin to friends and family. Finally, as of March of this year, Square even started letting users send bitcoin without any transaction fees.

Because of these bitcoin integrations, bitcoin revenue in the first quarter of 2021 was $3.51 billion -- 11 times higher than it was in the year-ago quarter. But investors should note that Square only takes 2% of this revenue as gross profit, or about $75 million during the quarter.

Additionally, the company invested $50 million in bitcoin in the fourth quarter of 2020, followed by a $170 million investment in the first quarter of 2021. The bitcoin purchases were part of Square's "ongoing commitment to the cryptocurrency," the company said in a press release about its purchases. Square believes "cryptocurrencies are an instrument of economic empowerment, which aligns with the company's purpose," management added in the company's first-quarter shareholder letter. "We expect to hold this investment for the long term."

But despite Square's ties with Bitcoin, the company is still a force to be reckoned with even without the digital currency. Consider that Square's total revenue rose 44% year over year in Q1 when excluding bitcoin. Further, Square's ex-bitcoin Cash App revenue rose 139% year over year during the quarter and Cash App business gross payment volume rose 227% to a whopping $3.4 billion. On a similar trajectory, Cash App's transaction-based revenue rose 231% year over year to $92 million; "Growth was driven by an increase in the number of business accounts and in the number of transactions per business account," Square said in its quarterly update.

Finally, some context about Square's bitcoin investments highlights how they aren't big enough to be disastrous for the company if the digital currency proves to be a flop. At the time of Square's most recent bitcoin investment, the company's total investment in the cryptocurrency only amounted to about 5% of the company's total cash, cash equivalents, and marketable securities. Further, Square CFO Amrita Ahuja recently said in an interview with Financial News that the company didn't have "any plans at this point to make further purchases" of bitcoin.

In short, the company -- and its stock -- will likely fare well over the long haul even when excluding its bitcoin initiatives. Whether bitcoin proves to be the next big thing in fintech or not, Square has repeatedly proven its ability to innovate and grow in numerous ways. The tech company's innovative financial products and services like Square Capital, Square Payments, Square Payroll, Square for Restaurants, the Cash App, Cash Card, and point of sale hardware products like Register, Stand, Terminal, Reader, and more, are plenty to help this innovative fintech behemoth keep capitalizing on the fast-growing markets it's tackling for years to come.

Of course, this doesn't mean that Square stock will not be influenced by bitcoin price movements to some extent in both the near and long term. Over the long haul, however, Square will likely do well as a business no matter what happens to bitcoin -- and its stock will likely follow suit.