Please ensure Javascript is enabled for purposes of website accessibility
Log In Help Join The Motley Fool
Free Article Join Over 1 Million Premium Members And Get More In-Depth Stock Guidance and Research
By Demitri Kalogeropoulos - Updated Jun 7, 2021 at 8:13AM

Investors were satisfied by the food specialist's latest earnings report.

Tattooed Chef (TTCF -0.14%) shareholders beat the market last month as the stock gained 20% compared to a 0.55% uptick in the S&P 500, according to data provided by S&P Global Market Intelligence.

The boost added to a big rally for investors in the plant-based food specialist, which has nearly doubled in the past full year. 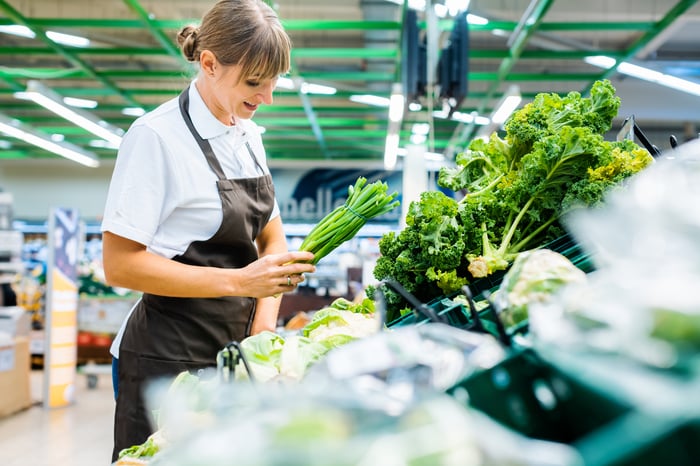 Investors were happy with the company's fiscal first-quarter results that in mid-May showed a 59% sales spike. Tattooed Chef added new distribution points across the supermarket, warehouse retailing, and convenience store niches in the period, which gave it a bigger platform to use in marketing its growing portfolio.

That success paired with increasing popularity for its brand of healthy, convenient snacks and meals. "We are executing on our growth strategy to increase distribution, build brand awareness, expand manufacturing capabilities, and diversify our product portfolio through innovation," CEO Sam Galletti said in a press release.

On the downside, profitability declined as the company spent more cash in several areas, including marketing and labor. The company's net losses rose to $8 million from $6 million a year ago.

Management affirmed its aggressive 2021 outlook, which helps explain most of investors' reasoning for pushing the stock higher last month. Tattooed Chef now has a good shot at expanding sales by as much as 63%, executives estimate. Most of that growth will come from its core business, but some is set to arrive from its acquisition of Foods of New Mexico.

The growing penetration is good news for the business since its earnings power ultimately is tied to its sales footprint. Even after its latest acquisition, that annual revenue total is likely to be less than $242 million in 2021. The stock is valued at more than seven times that figure, which equates to a huge premium compared mature consumer packaged foods companies. PepsiCo, for context, is valued at less than three times its annual sales.

But the bullish thesis for Tattooed Chef relies on the company logging several more years of market-thumping growth, and the company in May did its part by extending its solid growth momentum into early 2021.