Retail day traders are eyeing new names, and GoPro is likely one of them.

GoPro (GPRO 2.01%) shares are moving higher today, but it isn't due to any company-specific news. As the trading session ended at 4 p.m. EDT, shares of the action-camera maker were 12.7% higher on the day.

Without news about the company itself, it's likely that today's action is coming from retail day traders. GoPro is one of Robinhood's 100 most popular names, and many followers of Reddit's WallStreetBets forum are also users of Robinhood's trading app. 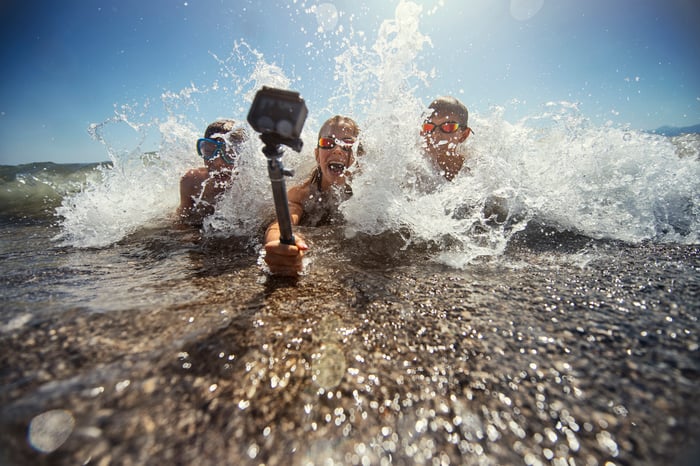 Additionally, the retail trading crowd seems to be branching out beyond just GameStop (GME 3.46%), AMC Entertainment (AMC 1.45%), and a select few others today. Clover Health Investments (CLOV 4.24%) more than doubled at one point today as the traders look to push shares up on companies with heavy short share interest. As of May 14, GoPro had about 14% of its outstanding shares held short, according to MarketWatch. Today's trading volume was also 170% above its two-month average heading into the close.

As with all the other meme stocks with artificial price movements driven by short-term traders, this too shall pass. Eventually, investors will do their best to value the stock based on GoPro's business. That business is somewhat in transformation.

GoPro hasn't reported a profitable year since 2015, and the company reported a net loss of $10 million for the first quarter of 2021. But it has been shifting its business to become more of direct-to-consumer subscription business for its users and fans. GoPro.com generated 40% of total revenue in the first quarter, with that revenue more than tripling from the year-ago period.

If GoPro can continue to expand its online reach, it could at least get back to profitability, and may justify a rising stock price. That's not today, however, as retail traders just look to push out the short sellers.