Appointment of a chipmaker executive cements the belief the supercar maker is going all-in on EVs.

The future of automobiles is in technology, and Ferrari (RACE 2.15%) made that point clear today when it announced it was appointing Benedetto Vigna as CEO of the luxury sports car company.

Vigna will leave his position as president of STMicroelectronics' (STM 4.80%) analog, micro-electromechanical systems, and sensors division. He will assume the new role Sept. 1. 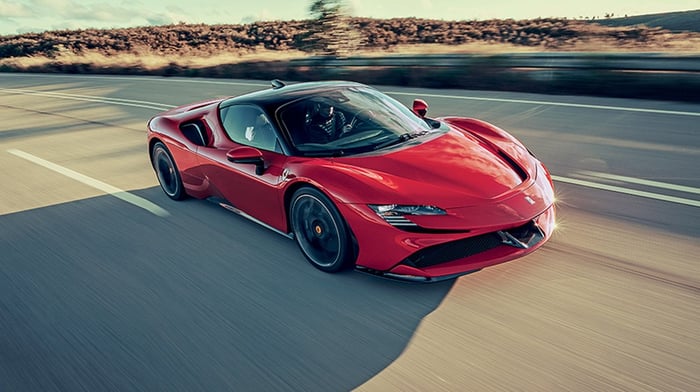 The appointment of Vigna signals Ferrari is serious about its embrace of all-electric supercars. It introduced a plug-in hybrid in 2019, but is not expected to reveal a full EV until 2025.

That seriously lags Volkswagen's (VWAGY 5.54%) Porsche brand, which introduced the Taycan EV in 2019, a car that now has Volkswagen convinced it can repeat its success with Lamborghini, which will produce a plug-in hybrid of each of its models beginning in 2024.

Vigna will also take the reins of the automaker during a massive semiconductor shortage that is upending numerous industries, but perhaps most notably the automobile market. Many carmakers have temporarily shut down production lines to navigate the pandemic-ravaged supply chain.

Vigna is credited with being a pioneer in screen-sensor technology, which allowed Apple's iPhone 4 to know when the device was turned sideways, a development that is now widely used in smartphones and vehicle navigation systems.