Please ensure Javascript is enabled for purposes of website accessibility
Log In Help Join The Motley Fool
Free Article Join Over 1 Million Premium Members And Get More In-Depth Stock Guidance and Research
By Lawrence Rothman, CFA - Jun 9, 2021 at 7:00AM

The stock has become a favorite of certain social media users.

The buzz surrounding AMC Entertainment Holdings (AMC 18.86%) has gotten louder lately. With the stock starting the year at around $2 and jumping roughly tenfold in less than a month, investors are sure to take notice.

However, that was just a warm up to the latest spike, when the shares increased more than fivefold to over $60 since late May. Although it has fallen back to about $48 at the time of this writing, individual investors have hopped on the bandwagon. Should you? 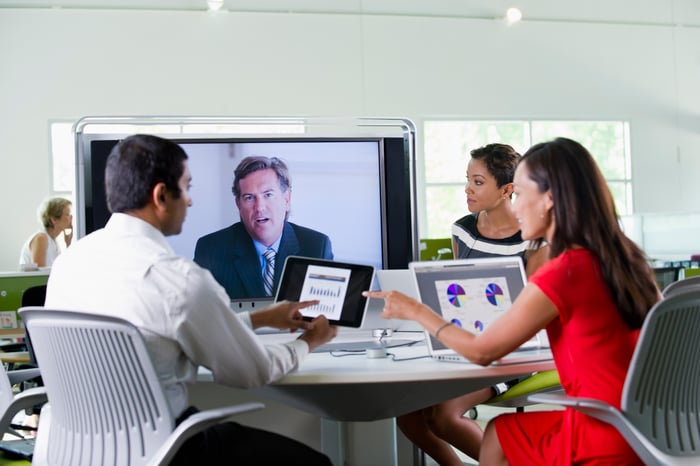 This year, AMC shares became popular on the social media site Reddit. These users promoted the stock, and the price went up. This came as investors were betting against the stock by selling short, and the corresponding short squeeze also contributed to the rise.

To its credit, management used the opportunity to raise capital. Earlier this month, AMC sold 8.5 million shares to Mudrick Capital Management, raising about $230 million, and investors cheered, with the share price nearly doubling.

But the celebration may have been premature. Reportedly, Mudrick Capital sold the entire amount within days. You can't blame the investment company for taking a quick profit, but it does raise questions about its view on AMC's long-term prospects.

Then, AMC sold another 11.6 million shares to the public, raising nearly $590 million. Investors didn't seem to like the extra dilution and sent the price downward. Management plans to use some of the equity proceeds to pay down debt, which totaled $5.5 billion at the end of the first quarter. While a healthier balance sheet is positive, it does mean more dilution for existing shareholders.

Movie theaters have been reopening. This should create some badly needed revenue for AMC. In the first quarter, its top line dropped by over 84% to $148.3 million. Remember, the year-ago period already started feeling the pandemic's effects as governments started placing restrictions on business and movement in March 2020.

But AMC and other theater operators are confronting a more difficult environment, with more viewing options competing for the consumers' money. 2019 revenue barely edged up to $5.5 billion, with faltering attendance helping drive down admission revenue by 2.5% to $3.3 billion.

Movie watchers have even more choices than they ever have before. They can watch films on many streaming services, including Netflix (NFLX -1.36%), Walt Disney's (DIS -1.38%) Disney+, and AT&T's (T 0.44%) HBO Max. In fact, the time between the release in theaters and streaming services is shrinking. Warner Brothers, an AT&T division, is releasing movies simultaneously on its streaming service and in theaters. Disney is putting some movies on both at the same time, although streaming users typically have to fork over an extra fee.

Hence, the days when AMC had an exclusive period to show films appear over. People will still go to theaters for entertainment, and the pandemic has taught us that people need to go out and socialize. However, increased choices do mean AMC faces hurdles in getting people into its seats.

With the stock elevated, that leaves investors in a precarious position. AMC faces intensifying competition, and that means having to fight for movie fans. While it was able to offset some of the previous attendance drop with higher ticket and concession prices, that will likely prove more difficult given the new landscape.

It is difficult to watch a stock price soar while sitting on the sidelines. But that is likely the prudent thing to do based on AMC's uncertain prospects.