Bitcoin is volatile and pulling these stocks higher and lower. But one small-cap company just made an announcement that its stock should be in high demand in June.

There were two major stories for popular cryptocurrency Bitcoin (BTC -7.14%) during this past week, causing disparate reactions from the market. On Monday, the Department of Justice announced it had seized Bitcoin obtained during a ransomware attack. This caused Bitcoin to fall because investors started questioning how secure Bitcoin really is. But then on Tuesday, El Salvador voted to make Bitcoin legal tender. This was seen as a great development for Bitcoin's long-term adoption, sending coins higher.

All in all, Bitcoin is only up about 1% since the start of the week. But it was a volatile ride to get there.

Shareholders are already well aware, but Bitcoin stocks can trade as volatilely as Bitcoin itself. All of these stocks whipped up and down during the week. But as of Thursday afternoon, CleanSpark (CLSK -10.60%) stock was up 13% for the week. Marathon Digital Holdings (MARA -15.46%) and Osprey Bitcoin Trust (OBTC 0.00%) were also up 9% and 8%, respectively. By contrast, Canaan (CAN -6.60%) stock was down almost 15%. 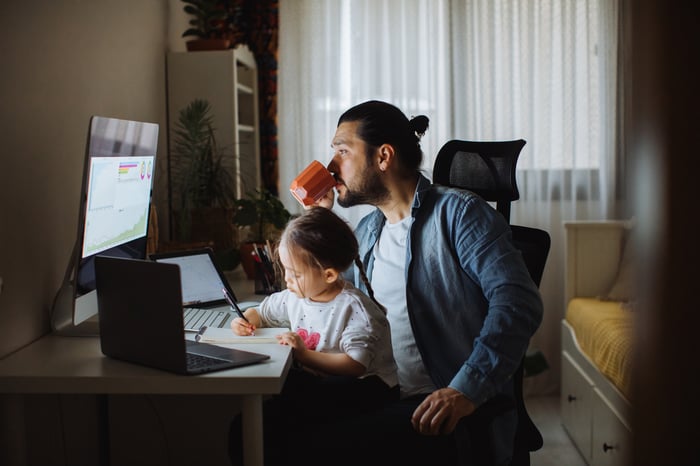 To underscore how volatile Bitcoin stocks can be, consider that only one of these companies (CleanSpark) reported news during the week. None filed anything with the Securities and Exchange Commission. Furthermore, there weren't any prominent Wall Street analysts weighing in on the stocks and causing the price per share to fluctuate. These stocks all made big moves without any company-specific news other than the fluctuating price of Bitcoin.

As mentioned, only CleanSpark had news during the week. It came on the afternoon of June 7 -- ironically the stock's least volatile day of trading.

CleanSpark's management made an appearance at the Water Tower Research Fireside Chat. During the presentation, Executive Chairman Matt Schultz announced that it had just received word that CleanSpark stock will be included in the Russell 2000 Index. Because of this, Shultz said that its data suggests 4.7 million and 5.9 million shares of CleanSpark will be purchased for exchange-traded funds (ETFs) and index funds between now and June 25. This interesting development could help explain why CleanSpark was up for the week.

That said, I'd expect CleanSpark, Marathon Digital, and Canaan to trade up and down with the price of Bitcoin because it's the most fundamental part of their businesses. For example, a higher price for Bitcoin encourages more mining activity, requiring more mining equipment. Canaan provides this equipment and sales are picking up recently. The company generated over $61 million in revenue in the first quarter of 2021, up more than tenfold just from the previous quarter.

While sales are picking up for Canaan, there's still a lot of uncertainty. The company released Q1 results on June 1, noting that it wasn't giving forward guidance due to the fluctuating price of Bitcoin. However, a representative clarified by email the following day that Canaan management expects to generate between $150 million and $250 million in revenue in the second quarter. That's an astonishing growth rate that investors should take note of. However, that's also an extremely wide range in revenue guidance, underscoring how much is still unknown with this business considering the fluctuations in Bitcoin's price.

The price of Bitcoin is a big deal for Marathon Digital as well. Not only does the company mine Bitcoin, it also bought Bitcoin and holds all the Bitcoin that it mines. As of June 2, it holds 5,518 bitcoins. With Bitcoin trading at around $36,600 as of this writing, these bitcoins are valued at over $200 million or about 7.5% of its market capitalization -- no small number. 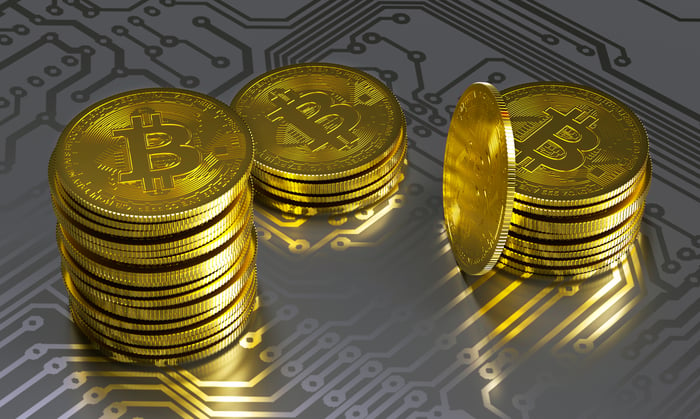 For this reason, investing more directly in Bitcoin may be a better way to invest in this space. You can do this relatively easily through a cryptocurrency exchange or with a fund like Osprey Bitcoin Trust. Osprey only holds Bitcoin. The only issue is sometimes shares trade at a premium to the underlying Bitcoin assets -- right now the premium is about 19%.

Once Osprey Bitcoin Trust trades closer to its net asset value, it may be a good way to invest in Bitcoin. If you believe Bitcoin is going up, you can profit without taking on the operational risks associated with owning stock in the other companies.

Why Bitcoin, Ethereum, and Dogecoin Plunged This Morning