The company announced pricing on its public share offering.

Celsius Holdings (CELH 1.99%) announced pricing on a sale of common stock yesterday, and the market revalued shares accordingly today. As of 1:20 p.m. EDT, shares of the fitness and health drink maker were down almost 15%.

Celsius said a sale of more than 6.5 million shares of common stock would be priced at $62.5 per share. That represents a 14% discount to Wednesday's closing price. But the price is also more than 30% higher than where the stock traded one month ago. Only 1 million of the shares are being offered by the company, with the balance coming from other selling shareholders. 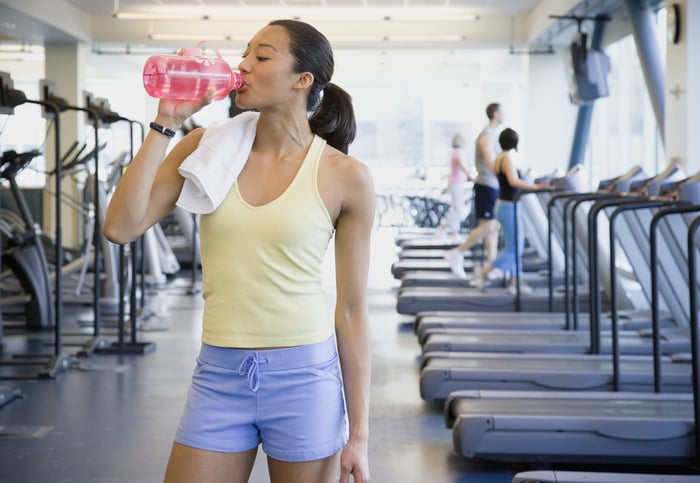 The stock has marched higher over the past month after the Florida-based maker of drinks used by athletes and fitness buffs reported revenue in its first quarter ended March 31 jumped 78% over the year-ago quarter, led by sales growth in North America. The company also was selected to join the S&P SmallCap 600 index.

Sales in the company's U.S. home market more than doubled in the first quarter compared to the prior year's quarter, making up almost 80% of total revenue. International sales grew 25% in the same period.

Celsius said the funds received from its portion of the sale will be used for general corporate purposes. Shares of the fast-growing company are up more than 600% in the last year, as it gains popularity and has expanded its list of retail and distribution partners.