Shares of coronavirus vaccine maker Novavax (NVAX -8.19%) tanked by 37.7% in May, according to data provided by S&P Global Market Intelligence. The collapse was a result of the company's repeated delays with the manufacturing of its coronavirus vaccine as well as its announcement that it won't file for the candidate's regulatory approval before the third quarter.

The combination of delays with regulatory filings and manufacturing delays means that Novavax won't be able to deliver its contractually obligated doses to the European Union before 2022. In short, certain raw materials needed for the vaccine are in scant supply. Furthermore, the company will be even further behind other vaccine makers like Pfizer and Moderna, which are already on the market and in wide distribution. 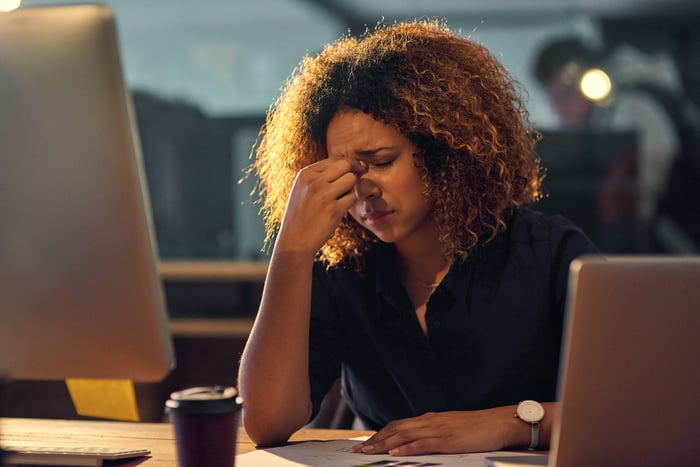 In the long run, however, these issues probably won't harm the company's revenue making potential. Even amid the delays, Novavax is still signing new sales agreements with groups like the Gavi Vaccine Alliance, which agreed to buy 350 million doses of its vaccine on May 6. Likewise, Novavax still has commitments to make more than 1.1 billion doses in conjunction with its manufacturing collaborators. So, while May's losses might be frustrating, they probably don't reflect much genuine destruction of shareholder value. It's likely that the stock will rebound once sales revenue starts to be reflected in earnings reports.

While investors are unlikely to have much patience for further delays, Novavax is still proceeding with its plans to commercialize its coronavirus vaccine globally, and it will almost certainly continue to succeed in doing so. Notably, in early May it also reported that its candidate is effective against at least one viral variant, which should keep it competitive with the currently marketed vaccines. But shareholders will need to wait a bit longer before the full impact of the revenue is reflected in the company's quarterly earnings reports.

Beyond that, the company is also pursuing its combination vaccine project, which could inoculate people against both influenza and the coronavirus in a single jab. On May 10, it published preliminary evidence from preclinical studies that suggests the combination vaccine could be effective.