Please ensure Javascript is enabled for purposes of website accessibility
Log In Help Join The Motley Fool
Free Article Join Over 1 Million Premium Members And Get More In-Depth Stock Guidance and Research
By Keith Speights - Jun 13, 2021 at 6:04AM

They share several things in common, including potential catalysts.

Most investors would be pleased as punch if their stocks doubled within five years. That's the kind of return that could lead to game-changing wealth.

But what if you could find stocks that could deliver 100% or more gains in a much shorter period of time? Such stocks with that potential do exist. I'd put Ayr Wellness (AYRW.F -2.52%) and Cresco Labs (CRLBF -0.29%) near the top of the list of possible contenders. Here's why these two stocks could realistically double in the second half of 2021. 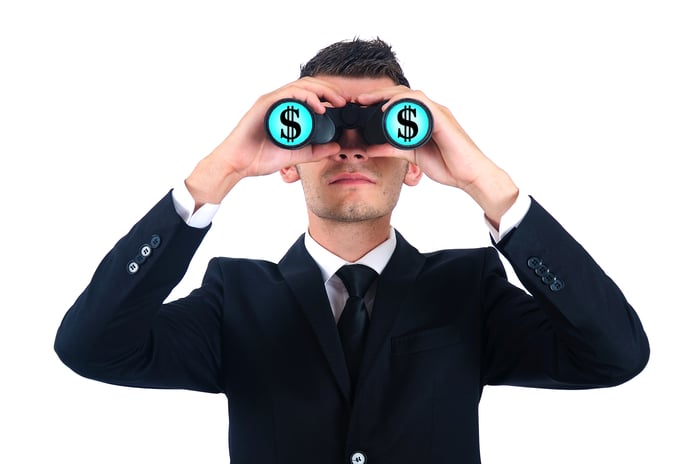 The two marijuana stocks have performed pretty well so far this year, but they're a long way from delivering 100% gains. That shouldn't be a problem, though. Both Ayr and Cresco more than doubled in the second half of 2020.

Neither stock would have been likely to achieve such impressive returns without also generating strong sales growth. The momentum from last year for Ayr and Cresco has continued into 2021. Ayr reported 74% year-over-year revenue growth in its first quarter. Cresco also delivered better-than-expected Q1 results with revenue soaring nearly 169% year over year.

There are other U.S. pot stocks that are also growing fast. Why single out Ayr and Cresco as the most likely to double in the second half of 2021? Valuation. The shares of both Ayr and Cresco currently trade at price-to-sales multiples that are well below their peers.

I fully expect that Ayr and Cresco will continue to benefit from the expanding cannabis markets where they already have established operations. However, that probably won't be enough to fuel 100% gains over the next six months or so. The good news is that there are potential catalysts that could enable both of these stocks to double during the period.

For one thing, Ayr and Cresco should see turbocharged growth thanks to key acquisitions. Ayr recently closed on its purchase of Liberty Health Sciences, a deal that gives the company the fourth-biggest retail footprint in Florida's medical cannabis market. It expects to finalize an acquisition in the fast-growing New Jersey market this summer.

Likewise, Cresco is now competing in the Florida medical cannabis market thanks to its April acquisition of Bluma Wellness. The company should wrap up its buyout of Massachusetts-based Cultivate in the fourth quarter of this year.

The biggest potential catalysts for Ayr and Cresco, though, would benefit all marijuana stocks. I'm referring to the prospects for significant cannabis reform at the federal level in the U.S. Legislative efforts are under way to remove restrictions that limit cannabis companies from accessing traditional banking services and to remove marijuana from the Controlled Substances Act.

The latter legislation wouldn't legalize marijuana at the federal level. However, if enacted into law it would mean that marijuana is no longer federally illegal. That would pave the way for Ayr and Cresco to list their shares on a major U.S. stock exchange -- a move that would almost certainly cause the stocks to skyrocket.

Note that I'm not predicting that Ayr or Cresco stocks will for sure double by the end of this year. There are far too many things that could go wrong for me to step out on that limb. However, while it's by no means a slam dunk, I think there is a realistic path for both stocks to double in the second half of 2021.

I think Sandelman is right. Even if Ayrs and Cresco stocks don't double this year, both should be able to deliver tremendous gains for investors over the long run.