Please ensure Javascript is enabled for purposes of website accessibility
Log In Help Join The Motley Fool
Free Article Join Over 1 Million Premium Members And Get More In-Depth Stock Guidance and Research
By Adam Levine-Weinberg - Jun 13, 2021 at 9:07AM

Software has always been the centerpiece of GameStop's business, and software sales have plunged by 46% over the past two years.

GameStop (GME 4.33%) has been one of the top-performing stocks of 2021. Shares of the meme stock skyrocketed in January, as bullish traders sparked an epic short squeeze.

Short interest has declined significantly since then. Nevertheless, interest from retail traders continues to buoy GameStop shares. Despite recent volatility -- and a 27% post-earnings plunge -- the stock is up more than tenfold year to date. 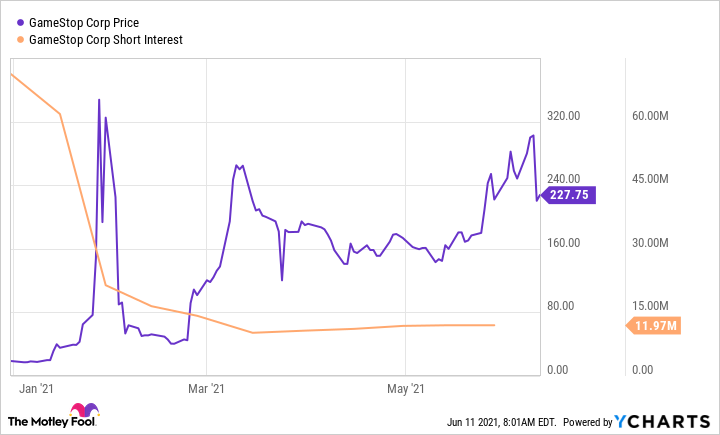 GameStop tried to paint its Q1 performance in the best possible light. The company noted that sales increased 25% year over year to $1.28 billion, despite a 12% reduction in its store count and continued store closures in Europe. Meanwhile, GameStop's adjusted net loss shrank by more than 80% year over year to $29.4 million ($0.45 per share), beating the average analyst estimate.

Thus, GameStop's first-quarter revenue has plunged nearly 30% over the past three years, and the retailer has swung from being solidly profitable to solidly unprofitable. 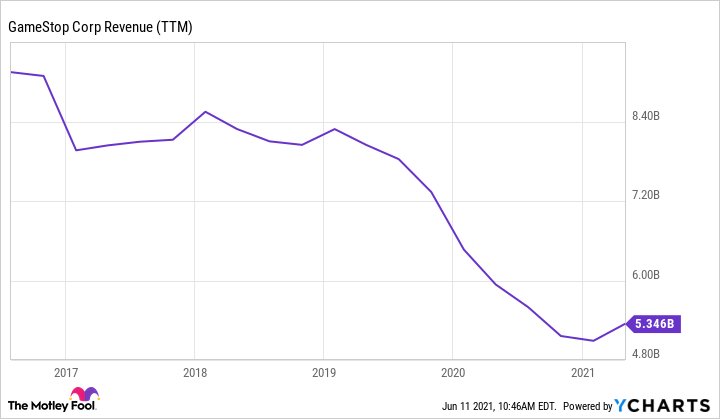 Blaming the pandemic would be overly simplistic. After all, Best Buy (BBY 0.12%) recently reported that sales surged 36% year over year last quarter. Best Buy's first-quarter revenue has grown 27% over the past two years combined. Moreover, growth in the consumer electronics giant's entertainment segment -- which includes gaming hardware, software, and accessories -- has significantly outpaced Best Buy's overall growth over the past two years.

The deeper one digs, the worse GameStop's Q1 performance looks. This year, GameStop is benefiting from the launch of new Sony PlayStation and Microsoft Xbox consoles, a tailwind that only occurs once every seven years or so. Those console launches helped GameStop grow its sales of hardware and accessories by 37% year over year last quarter.

By contrast, software sales fell by nearly 5% from last year's already-depressed level, reaching $398 million. Over the past two years combined, GameStop's software sales have plunged by 46%.

GameStop's eroding software sales will make it extremely difficult to return to profitability. GameStop has traditionally generated more than half of its gross profit from software and less than 10% from new hardware, which sells at notoriously thin margins. 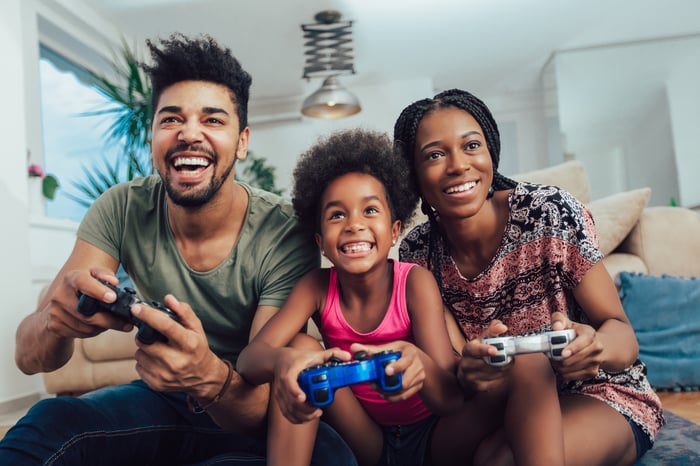 Many GameStop bulls expect that a new strategy focused on e-commerce will turn things around for the ailing retailer. Indeed, GameStop announced last week that it has appointed two Amazon.com veterans as its new CEO and CFO. (Of course, since the CEO has primary responsibility for setting corporate strategy and the new CEO hasn't even started yet, it's a stretch to say that GameStop has any strategy at all.)

However, new management and a new strategy won't change the fundamental realities weighing on GameStop's business. Software sales will continue to shift to digital downloads. Sony and Microsoft don't need GameStop's help in that department. Hardware sales will be even less profitable in an e-commerce format, where GameStop will have to absorb higher credit card fees and shipping costs.

In any case, Amazon and Best Buy are light years ahead of GameStop in e-commerce. Both have massive resources at their disposal, giving GameStop little chance of catching up.

The meme stock rally is allowing GameStop to raise huge sums of cash by selling stock to gullible investors, which will allow it to stay in business for a long time even if it never returns to profitability. But a genuine turnaround for the business (as opposed to the stock) seems as far-fetched as ever.