The insurance tech company is one of the best performers of the day.

The stock market was solidly in the red on Friday, as it looks set to finish off its worst week since January on a negative note. As of 12:45 p.m. EDT today, the Dow Jones Industrial Average was down by more than 400 points, and the S&P 500 and Nasdaq indexes were lower by 0.9% and 0.6%, respectively.

But insurance disruptor Lemonade (LMND -3.53%) was a big exception. Shares were up by 4%, and the stock was one of the best performing companies in the market. 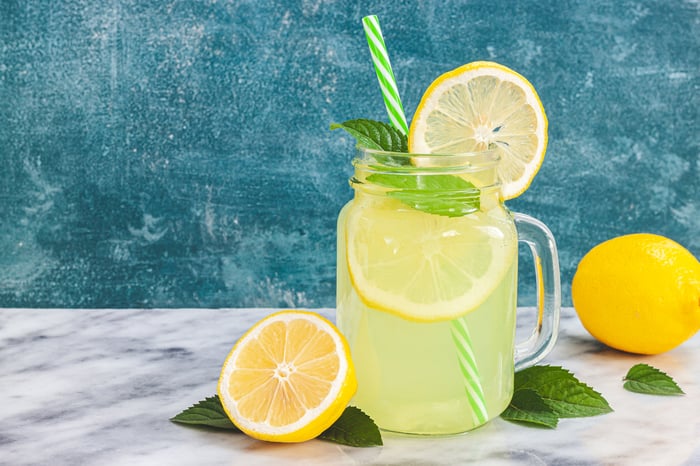 There isn't any company-specific news fueling today's move. Rather, this appears to be a continuation of a rotation away from the "reopening" plays and into some of the higher-growth tech names that have generally lagged the market this year.

For example, banks, real estate, and energy stocks were all sharply lower on Friday. But other high-growth tech stocks like Roku, Twilio, and MongoDB were higher by a similar percentage as Lemonade. And while the Nasdaq is certainly down, notice that the tech-heavy index is the best performer of the three majors.

This shift can likely be attributed to the Federal Reserve meeting, as the policy-making Federal Open Market Committee indicated that inflation is heating up more than expected and that rates could start to rise sooner than it had previously said. And it's worth noting that the 10-year Treasury yield (which typically moves in the opposite direction of growth-stock prices) has fallen from a high of 1.59% just after the Fed meeting to about 1.46% as of this writing.

In short, this appears to be more of a rotation into some of the highest-growth tech names, but the momentum could certainly continue beyond this week.