Please ensure Javascript is enabled for purposes of website accessibility
Log In Help Join The Motley Fool
Free Article Join Over 1 Million Premium Members And Get More In-Depth Stock Guidance and Research
By Keith Speights - Jun 20, 2021 at 5:52AM

They're beaten down. Short-sellers have piled on. In other words, they're ideal meme stocks.

Investors hum to the tune of Fleetwood Mac's "Don't Stop" (the lyrics go further -- "don't stop thinking about tomorrow") a lot more than they do to "Auld Lang Syne." The future is more important than the past.

Maybe you can still make money investing in the meme stocks that have been huge winners so far this year. On the other hand, there's also a real possibility that their momentum will evaporate. It would be even better to buy what could be the best-performing meme stocks of the near future.

Admittedly, we can't know for sure which stocks will catch on in a big way. However, stocks that are heavily shorted and are well below their peak levels are more likely to do so than others. With that in mind, here are three great candidates to be the summer's hottest meme stocks. 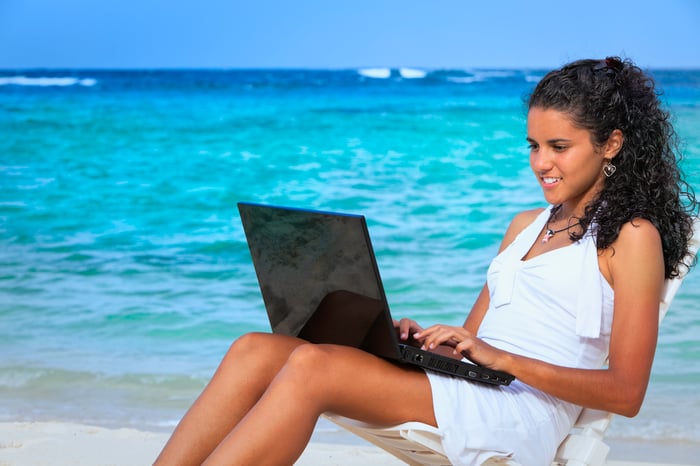 I think that GoodRx Holdings (GDRX 6.80%) checks off all of the boxes for a great meme stock. Its short percentage of float currently stands at 31%. GoodRx shares are also more than 30% below the record highs set in February.

Many of the short squeezes of meme stocks we've seen in recent months were for unprofitable companies. GoodRx, though, is consistently profitable, with sales jumping 20% year over year in its latest quarter.

The best meme stocks have a compelling story. That's where GoodRx really shines. It's disrupting the healthcare industry by helping consumers find the lowest prices for prescription drugs. GoodRx says that it's helped Americans save close to $30 billion so far through the discounts on prescription drugs offered on its platform.

The company continues to expand its product offerings to consumers as well. For example, GoodRx recently closed on its acquisition of HealthiNation. This deal brings a massive library of videos that educate consumers but also help drugmakers reach a targeted audience.

GameStop has been one of the hottest meme stocks this year. However, there's another gaming pick that could be ready to step up to the plate -- Skillz (SKLZ 7.01%).

The short percent of float for Skillz stock currently tops 30%. Shares of the mobile gaming platform developer are down more than 55% below the peak in early February.

Earlier this month, it looked like a short squeeze just might propel Skillz into the center of retail investors' radar screens. The stock soared after the company announced it was acquiring advertising-technology company Aarki for $150 million. However, Skillz subsequently gave up a lot of that gain.

The key ingredients for "memehood" are still there for Skillz, though. Its monthly active user count continues to grow robustly. With Aarki, the company should be able to monetize its platform more effectively. Don't be surprised if Skillz roars back.

Even with a rebound over the last month, shares of SmileDirectClub (SDC -2.88%) remain nearly 40% below the highs from January. There's still a lot of pessimism about the stock with close to 31% of its float sold short.

These factors, however, just help make SmileDirectClub the next big meme stock. Several of the issues that the company faces should be only temporary -- notably including the business disruption caused by a cyberattack.

SmileDirectClub's international expansions could soon begin to pay off nicely. The company recently entered the Mexican market. Its partnerships with Walmart Canada and Shoppers Drug Mart launched in the latter part of the first quarter.

The company expects to deliver average revenue growth of 20% to 30% annually over the next five years. With the increased adoption of telehealth overall, its teledentistry services should become more popular over time. Even if SmileDirectClub doesn't become a hot meme stock this summer, its long-term prospects look good.