Please ensure Javascript is enabled for purposes of website accessibility
Log In Help Join The Motley Fool
Free Article Join Over 1 Million Premium Members And Get More In-Depth Stock Guidance and Research
By Adria Cimino – Jun 20, 2021 at 6:00AM

Now the question is: Can your investment grow from here?

You might not have heard of Ocugen (OCGN -3.31%) a year ago. Shares of the biotech company traded for less than a dollar. And Ocugen focused uniquely on its investigational treatments for eye disease.

Fast forward a year, and the picture has changed dramatically. Ocugen soared more than 760% from January through a peak in February. The reason for the gain? The company partnered with India's Bharat Biotech to co-commercialize Bharat's near-to-market coronavirus vaccine in the U.S. So, if you were one of the early believers in this highflier, you watched your investment skyrocket. Let's find out exactly how much you made if you invested in Ocugen on Dec. 1 of last year. 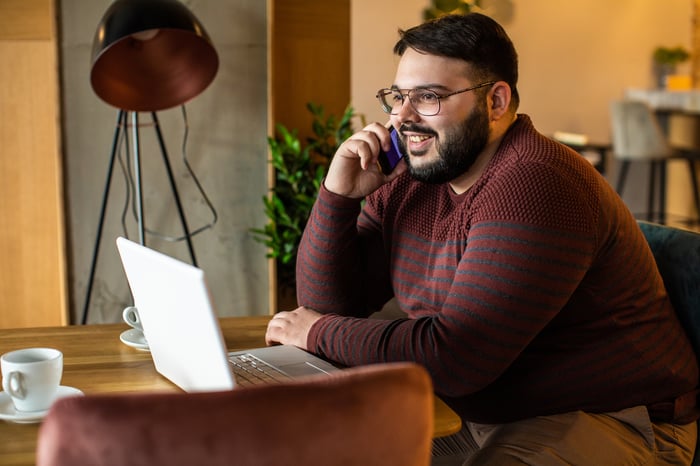 Of course, any investor would appreciate that return. But if you'd sold your shares during the February peak your investment would have brought an even bigger gain. Your $10,000 would have turned into more than $465,000. 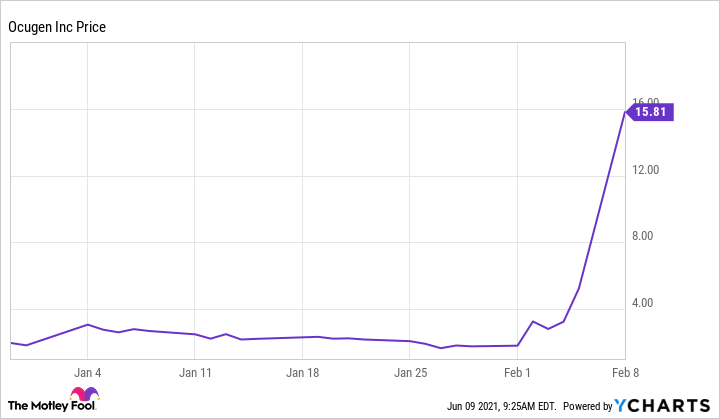 Moving forward, you may wonder whether these massive gains will continue. To find out, we should look at where the company stands now with the potential coronavirus vaccine, Covaxin.

Ocugen reported some bad news last week. The company initially was aiming for Emergency Use Authorization in the U.S. and it had planned to submit its filing this month. But the U.S. Food and Drug Administration advised Ocugen opt for the standard approval route instead.

That adds a significant amount of time to the timeline. Even worse -- and adding even more time to the timeline -- Ocugen said it may need to conduct a new trial to support regulatory approval. This implies data from Bharat's ongoing phase 3 study of Covaxin in India won't be enough for the FDA.

When will the FDA decide on Covaxin?

So when could we expect an FDA decision on Covaxin? If Ocugen conducts a new trial and all goes smoothly, late 2022 may be a possibility. But any little hiccup in the process could push a decision farther into the future.

Even before this news, I wasn't optimistic about Covaxin sales in the U.S. in the near term. That's because the U.S. already purchased enough vaccine to cover the population. Now, however, Covaxin isn't in the near-term revenue picture at all. At least not in the U.S.

The bright spot in this grim picture is Ocugen also has co-commercialization rights to Covaxin in Canada. Of course, the company first must secure authorization for the potential product. Ocugen plans on continuing the emergency use route there. And, importantly, it must secure vaccine orders.

About 65% of the Canadian population has received at least one dose of vaccine. So it may not seem as if another vaccine is needed. But Canada suffered from vaccine delivery delays this spring, so Canadian regulators may be receptive to the idea of authorizing an additional option.

Prospects may be better in the long term in both countries. The U.S. and Canada will have to order more doses for future vaccinations, after all. But I'm still doubtful about Ocugen's chances of gaining market share. Leaders Pfizer and Moderna already have established relationships with both countries. And if the healthcare systems are happy with the performance of the current vaccines, they may stick with those providers.

In addition, Pfizer and Moderna are readying booster candidates. It's likely governments will order boosters for everyone who received the initial two-dose vaccine. So, the idea is, a Moderna booster for everyone who took the Moderna vaccine, for example.

All of this means Ocugen remains a high-risk stock. A potential authorization from Canada may offer the shares a boost. And possible supply orders from Canada would be a positive catalyst, too. But I expect any gains to be limited. Investors were counting on U.S. authorization soon -- and hoping for supply deals in this big vaccine market. Of course, it's very possible the FDA will offer Covaxin full approval at the end of the traditional regulatory road, but I think that may be too little too late for revenue prospects -- and the stock price.