Please ensure Javascript is enabled for purposes of website accessibility
Log In Help Join The Motley Fool
Free Article Join Over 1 Million Premium Members And Get More In-Depth Stock Guidance and Research
By Will Ebiefung - Jun 21, 2021 at 7:52AM

Investors have a choice to make: fundamentals or hype.

AMC Entertainment Holdings (AMC 18.86%) stock is soaring, with shares up by a jaw-dropping 2,850% year to date as the meme-stock bubble reinflates. But long-term investors should think twice before hopping on this bandwagon. AMC's valuation is out of line with its poor fundamentals. And the company may dilute equity holders to sustain its cash burn and meet debt obligations.

Trading for $59 per share, AMC boasts a market cap of $30.5 billion, which is roughly 68 times its revenue over the trailing 12 months. Investors may be optimistic about the company's ability to bounce back from the coronavirus pandemic, which dramatically lowered sales in 2020. But so far, the company's fundamentals don't indicate a strong recovery. 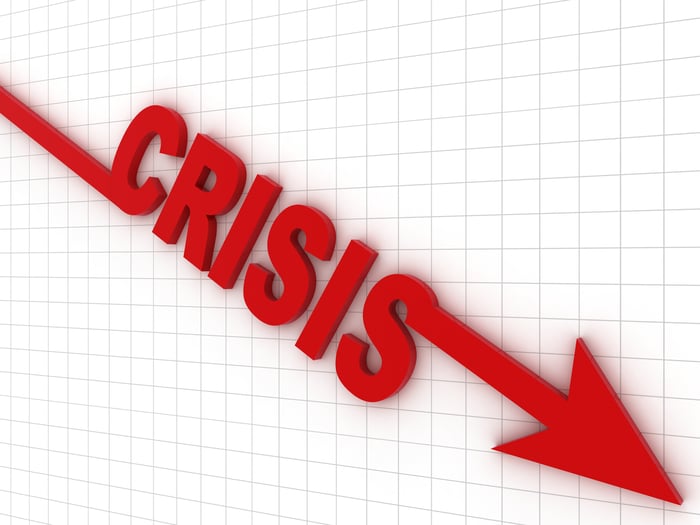 First-quarter revenue fell 84% year over year to $148.3 million, which is only a marginal improvement over the fourth quarter of 2020 when sales were down 89% against the prior-year period. Management has made valiant attempts to save the floundering business, reopening almost all of its U.S. properties -- which helped boost AMC's market share from 26% to 33%.

But market share doesn't mean much if consumers aren't visiting theaters, and this key factor is largely out of management's control.

Studios simply aren't releasing enough anticipated content to bring people back to theaters. And many are building subscription video on demand (SVOD) businesses, such as Walt Disney's Disney+ or Peacock, from Comcast's NBCUniversal, which serve as alternative distribution channels for new films. AMC's poor performance and uncertain future in the movie theater industry call its lofty valuation into question.

AMC's balance sheet is another red flag. The company reported cash and equivalents of $813 million compared to an operating loss of $428 million in the first quarter, and shareholders are paying the price for this unsustainable cash burn. Shares outstanding have almost quadrupled from 104 million to 400 million as management issues new equity to stay afloat.

Equity dilution is not free money. It reduces earnings per share (EPS), a metric that determines a company's valuation and its stockholders' claims on future profits. AMC's overinflated share price gives management even more incentive to tap capital markets. And in June, the company completed a $587 million equity offering at $50.85 per share -- raising the number of shares outstanding by 11.6 million. This move follows the sale of 8.5 million shares to Mudrick Capital for $231 million.

AMC's debt load is also alarming. The company reports $5.4 billion in corporate borrowings and $4.9 billion in long-term operating lease liabilities (deferred rent for some of its properties). The debt load will put pressure on cash flow through amortization and interest expense (which totaled $151 million in the first quarter).

Don't be left holding the bag

The good news is that AMC's high stock price makes bankruptcy unlikely any time soon. The company can issue new shares to sustain its loss-making operations and pay down debt, so the hype train may continue in the short term. But AMC's long-term prospects look grim because of its weak operating performance and constant dilution. Don't be left holding the bag when the music inevitably stops.