Investors are responding to China's increased scrutiny of cryptocurrencies.

MicroStrategy's (MSTR -0.26%) stock took a hit today after the company announced that it has purchased an additional 13,005 Bitcoin tokens. The announcement came at the same time that China's central bank said that it would start cracking down on cryptocurrencies.

While MicroStrategy is technically a software company, it has essentially tied its fate to Bitcoin after continually buying the cryptocurrency. The company said today that with its latest purchase it now owns 105,085 Bitcoins with an average purchase price of about $26,080 per Bitcoin. One Bitcoin is worth about $32,380 today. 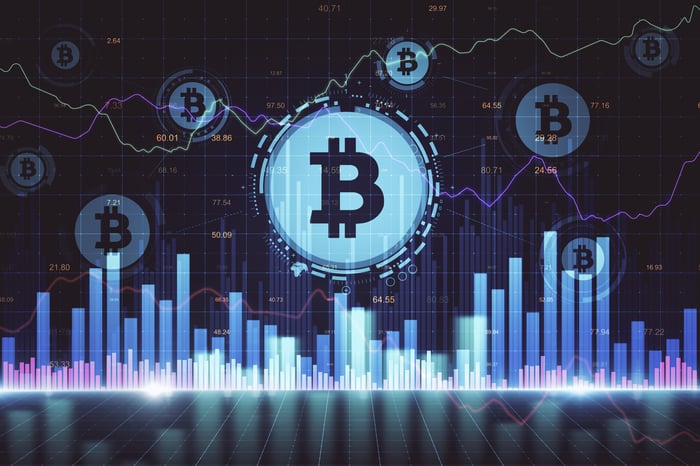 But the announcement of MicroStrategy's Bitcoin purchase appeared to be poorly timed after China's central bank told payment processors and banks in the country to curb the risks associated with buying and selling cryptocurrencies. In some cases, that could mean stopping cryptocurrency traders from funding their accounts for transactions.

An estimated 75% of the world's Bitcoin has been mined in China, but the Chinese government has become increasingly skeptical of cryptocurrencies because of their unregulated and decentralized nature.

MicroStrategy's stock has seen significant declines from its high back in February, but its share price is still up more than 392% over the past 12 months. Investors should know that MicroStrategy's stock will likely remain volatile as long as the company bets its future on Bitcoin.

That doesn't mean that shares of MicroStrategy are doomed, but it does mean that long-term investors will likely have to ride out some significant drops as countries around the world try to figure out how cryptocurrencies fit into their economies.