The company cautioned about a short squeeze, but investors seem to be shrugging off the warning.

Shares of Clover Health Investments (CLOV -1.51%) were soaring 12% as of 11:32 a.m. EDT on Tuesday. The gain came after the company filed an amendment to a preliminary prospectus to issue additional Class B shares, which have more limited voting rights than Class A shares. This amendment acknowledged that the stock's recent momentum could be the result of a short squeeze.

Clover Health didn't just call attention in its prospectus amendment to "widespread speculation that our current trading price is the result of a short squeeze." The company also said that its share price "may rapidly decline." It even cautioned against investing in its Class B shares "unless you are prepared to incur the risk of losing all or a substantial portion of your investment." 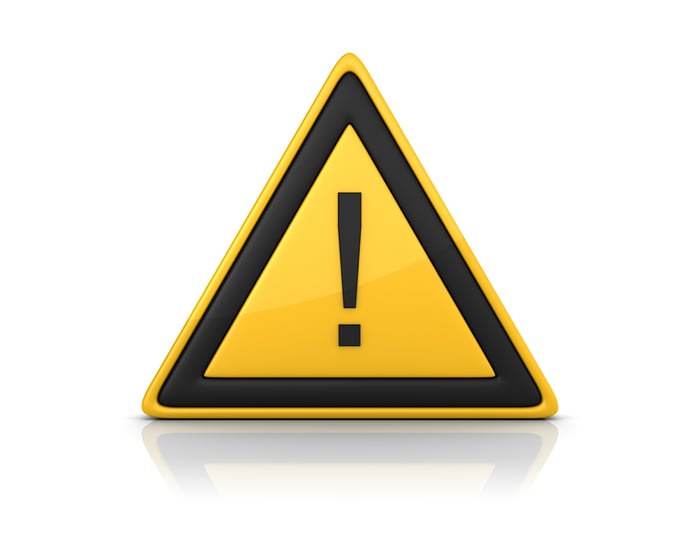 So why did the stock jump today with such a tough warning from Clover Health? Maybe because many online investors simply don't care about the risk. Clover Health's acknowledgement of the short squeeze seems to be making some more adamant about piling into the stock and riding the momentum as long as possible.

Clover Health certainly has some solid opportunities for growth, including its direct contracting efforts with original Medicare. However, it's important to note that the company was exactly right with its cautionary language in the prospectus amendment.

Short squeezes don't last forever. When they end -- and they always end -- the stocks that initially benefited decline even more quickly than they went up.

We've already seen this happen with Clover Health stock. It more than tripled in recent weeks before giving up much of its gains. Any momentum that isn't accompanied by underlying business improvement will evaporate sooner or later.