Please ensure Javascript is enabled for purposes of website accessibility
Log In Help Join The Motley Fool
Free Article Join Over 1 Million Premium Members And Get More In-Depth Stock Guidance and Research
By Billy Duberstein - Jun 23, 2021 at 6:15AM

These high-powered growth stocks are powering digital commerce in the developing world.

With U.S. markets at all-time highs, it may behoove investors to diversify their portfolios with some international stocks. Developing nations tend to have higher economic growth than more developed nations, but they also come with various risks, especially those pertaining to local politics and the movements of currencies.

However, if you can latch onto a winning growth company within the developing world, there's the potential for massive gains. Today, the Wall Street analysts that cover the U.S.-listed stocks of international tech companies MercadoLibre (MELI 4.71%), JD.com (JD 0.19%), and OneConnect Financial Technology (OCFT -4.44%) see much more upside to their share prices. 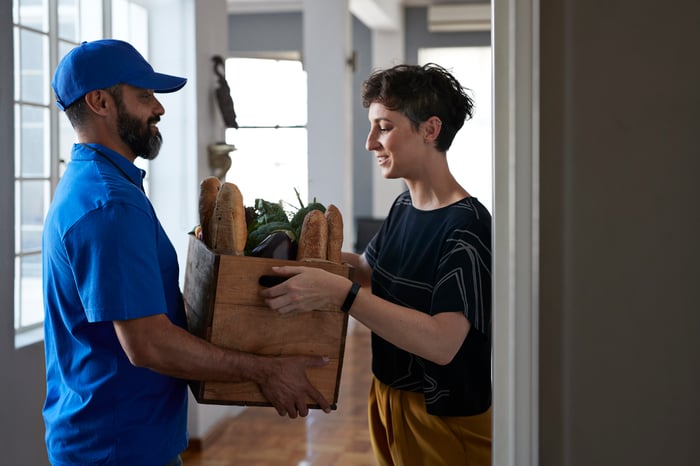 Latin American e-commerce and fintech pioneer MercadoLibre has seen its stock decline some 26% from recent February highs. Of course, it's not alone. Many high-growth stocks that aren't profitable today have taken it on the chin in recent months, as investors have feared the prospect of inflation leading to higher interest rates, which tends to hurt growth stock valuations.

MercadoLibre is still in heavy-investment growth mode, as it builds out the capital-intensive infrastructure to deliver more of the goods it sells on its platform. While that did hit gross margins, operating margins actually swung from a 5% loss a year ago to positive 7% margin in Q1. Importantly, with increased scale, MercadoLibre achieved positive contribution margins from all its geographies in Q1, a change from the prior year when its Mexico and other smaller country contribution margins were negative.

While the threat of inflation and an economic reopening may have dampened investor appetite for MercadoLibre, analysts disagree, with the average price target among 22 analysts of $1,951.40, about 32% above current levels. Seem far-fetched? It may not be, since that target is still slightly below the all-time highs set back in February.

E-commerce companies, of course, received a boost not just in Latin America but all over the world. And nowhere is the e-commerce scene more vibrant than in China, where e-commerce penetration has surged from just 6.2% of Chinese retail in 2012 to 24.9% in 2020. The pandemic only accelerated what was already a robust industry, and JD.com, one of the three major Chinese e-commerce platforms, benefited along with it.

Unlike its competitors, JD has undertaken the capital-intensive strategy of building out its own first-party logistics platform, and therefore has lower margins than peers at the moment. JD's shares are down about 32% from their February highs, due to some of the same concerns as MercadoLibre, but with the added overhang of China's anti-monopoly crackdown, which is targeting internet commerce platforms for malign behavior.

While JD has been slapped with several small fines by the regulator, the company may actually benefit from the crackdown on a relative basis. That's because the government's action may restrict rival Alibaba more than JD. Alibaba has, in the past, forced brands to sell exclusively on its leading platform, a practice now under scrutiny from Chinese regulators. If Alibaba is forced to end the practice, JD's challenger platform would gain in relative strength. 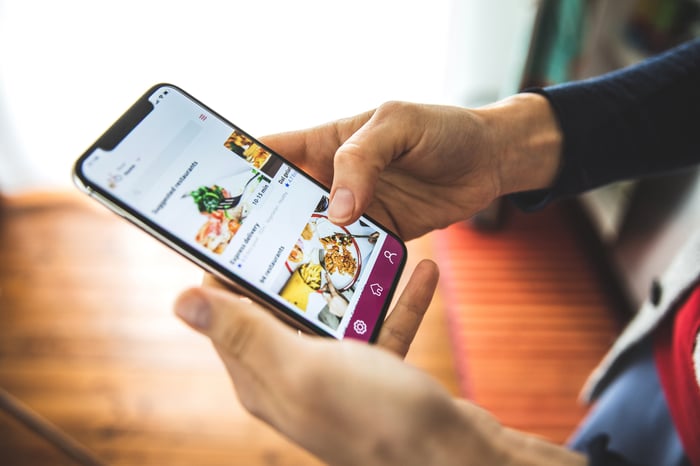 In any case, JD has continued to post strong earnings results, with annual active customers up 29% last quarter, revenues up an even higher 39%, and trailing-12-month free cash flow up 86% year-over-year. The third-party logistics platform grew at an even higher rate of 64%, showing investors that JD's past heavy investments in its countrywide logistics platform are paying off in real ancillary revenues.

With a more even playing field with Alibaba, strong performance through the pandemic, and an innovative culture constantly growing new products and services, analysts think the hate has gone too far. The average price target among JD's 39 analysts is $102.52, 41% higher than today's share price.

Finally, a smaller international stock that could be on the way to bigger things is OneConnect Financial Technology. OneConnect was developed within China's largest insurer Ping An Insurance, before being spun off as an independent company and going public on the U.S. market in December 2019. Though only a $4.5 billion company, OneConnect has big dreams of becoming the technology foundation behind the digitization of financial services in China and East Asia.

However, OneConnect grew its other more promising segments, including risk management technology services, which grew 21%, and operational support services, which includes AI customer services or roadside insurance claims assistance, by 29.1%. However, the big driver of last quarter's growth was the new OneConnect financial cloud services, which grew from nothing to RMB180.5 million, good for 22% of revenue.

Not only is OneConnect not very profitable, it's printing some hefty operating losses of RMB346 million ($54 million) just last quarter alone. That was an improvement over the year-ago quarter, but those losses may still be a bit too high for investors in a higher-rate environment.

Still, the seven Wall Street analysts that track OneConnect think the stock's progress on its cloud buildout is underrated. Their average price target is $22.60, about 99% higher than OneConnect's beaten-down share price, yet still below the stock's all-time highs.