The company is setting up a subsidiary to launch its COVID-19 test in Mexico.

Shares of Sorrento Therapeutics (SRNE 4.56%) jumped 10.6% on Thursday. The big gain came after the company announced that its COVI-STIX COVID-19 rapid diagnostic test received an official Emergency Use Authorization (EUA) and import license from the Mexican government.

Sorrento also stated that it's setting up a subsidiary to commercialize the test and future COVID products in Mexico.

Sorrento announced earlier this month that COVI-STIX had received an EUA in Mexico. The company said at the time that it was preparing for the commercial launch of the test in the country. It might be at least a little surprising that the biotech stock rose so much today on what was in large part old news. 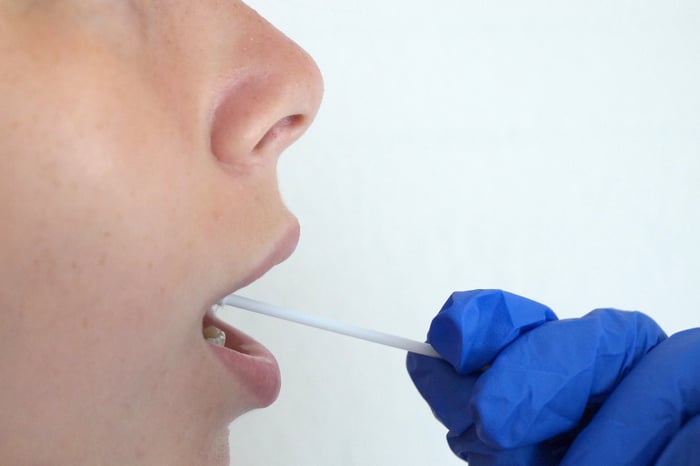 But Sorrento's decision to establish its Sorrento Mexico Ltd. subsidiary underscores the drugmaker's commitment to succeed in the Mexican market. This good news, combined with a positive day for the overall stock market, propelled the biotech's shares higher.

Sorrento expects the first shipments of COVI-STIX will be delivered to Mexico in July. It could have more big news on the way soon: The company anticipates reporting results by the end of the third quarter of this year from two phase 2 studies evaluating abivertinib in treating hospitalized COVID patients.