Please ensure Javascript is enabled for purposes of website accessibility
Log In Help Join The Motley Fool
Free Article Join Over 1 Million Premium Members And Get More In-Depth Stock Guidance and Research
By Rich Duprey - Jun 25, 2021 at 6:50AM

This company doesn't require the nerves of steel necessary to invest in cryptocurrencies.

Bitcoin briefly tumbled below $29,000 this week before rallying hard to above $34,000 at the time of this writing, maintaining its position above what some see as a key $30,000 threshold.

The cryptocurrency has been on a wild ride, but continues to show more relevancy for the future of money than other coins like meme currency Dogecoin, which has little more than a relatively cheap price and base of support in internet chat rooms and social media. 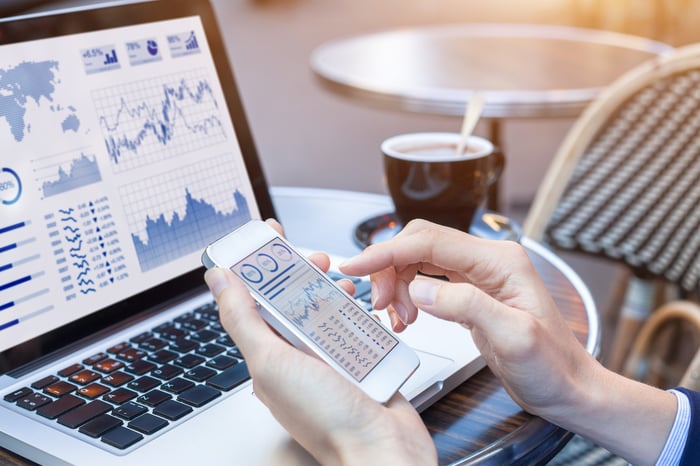 Despite their exploding valuations, it's still hard to recommend them as an investment. When a single tweet from Elon Musk can send the value of either cryptocurrency swinging violently, there's too much uncertainty and risk involved. And in Dogecoin's case, as my colleague Sean Williams thinks, it is little more than a pump-and-dump scheme.

Even if Bitcoin is the better bet, it's still subject to many of the same foibles of the crypto world. Investors might want to focus on this solid stock instead.

Steel yourself against volatility

Steelmaker Cleveland-Cliffs (CLF 2.48%) is not what you would consider a meme stock, though it has been getting support from the r/WallStreetBets crowd of late with the price up 43% in 2021 and 265% over the past year.

What's attracted the Reddit crowd to an otherwise stodgy name in the old-line market like steel is the heavy short interest built up in its stock. Although hedge funds aren't betting nearly as much against Cleveland-Cliffs as they are against the more popular names such as GameStop and AMC Entertainment, about 11% of the steelmaker's 500 million outstanding shares is sold short, a not inconsequential amount.

Still, with days to cover at just 2.3 (meaning how long it would take short sellers to cover their positions, with anything over seven days considered a lot), the chance of engineering a short squeeze on Cleveland-Cliffs seems remote.

Even so, it looks like meme stock traders could have picked the right shares to climb aboard for the wrong reason. That's still be a risky investment for them as it skews why they might want to exit the stock at some point in the future, but here's why you should consider Cleveland-Cliffs for your own portfolio. 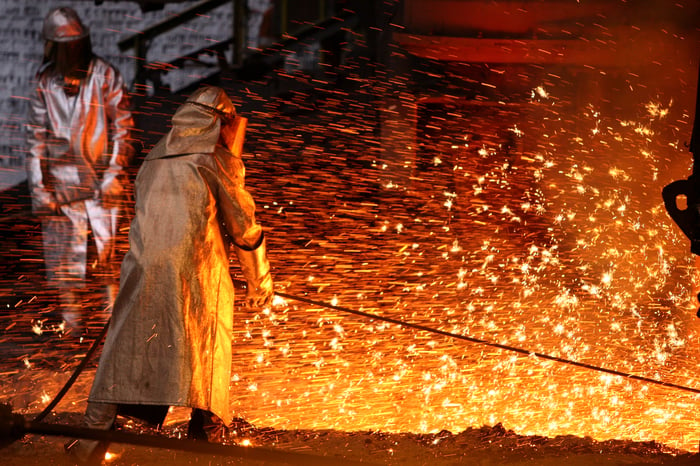 Last year was an acquisitive year for the steelmaker. Its purchase of AK Steel in March followed by its absorption of ArcelorMittal in December made Cleveland-Cliffs the largest producer of flat-rolled steel in North America, giving it combined revenue of $5.35 billion in 2020, more than double the $2 billion it produced in 2019. That puts it just ahead of No. 2 Nucor (NUE 1.49%) with its $5.26 billion in annual revenue.

Cleveland-Cliffs, whose legacy business is iron ore production, is also the largest U.S. supplier of high-margin steel for the automotive industry, which represented 33% of first-quarter revenue, or $1.3 billion.

Autos are the steelmaker's primary focus, and both internal-combustion and electric vehicles (EVs) have incorporated steel into their development. Certainly there's risk as automakers continue to reduce the weight of their products, and it could become more crucial as President Joe Biden intends to ramp up fuel efficiency standards.

At the same time, though, as part of the president's infrastructure proposal, more EV charging stations and potential subsidies for EVs themselves could help increase sales, allowing Cleveland-Cliffs to make up in volume what it might otherwise lose in per-unit sales.

Steelmakers in general have seen tremendous growth this year, with Nucor gaining 80%, Steel Dynamics up 63%, and U.S. Steel up 38%. Cleveland-Cliffs, though, has an opportunity to continue on its own growth trajectory.

The pricing environment is favorable to the steelmaker, which has been conservative in its forecasts, and it sees this as an opportunity to pay down its heavily leveraged balance sheet (it believe it can get its leverage under 1x by year's end) while generating substantial free cash flow.

At just 4 times projected earnings, Cleveland-Cliffs is a severely undervalued stock and would be a better investment than any cryptocurrency.