One analyst now believes the stock has nearly 40% upside.

Carnival (CCL -1.04%) (CUK -1.25%) was sailing in friendly waters on Friday, as the stock cruised past the S&P 500 index with a 2.4% gain. Even though the company is projecting significant losses in the near term, one analyst has become more bullish on the stock's prospects.

That prognosticator is Stifel's Steven Wieczynski, who on Friday incrementally lifted his price target on Carnival's native U.S.-listed stock, to $39 per share from his previous $37. He is maintaining his buy recommendation. The new target is nearly 40% above the shares' most recent closing price. 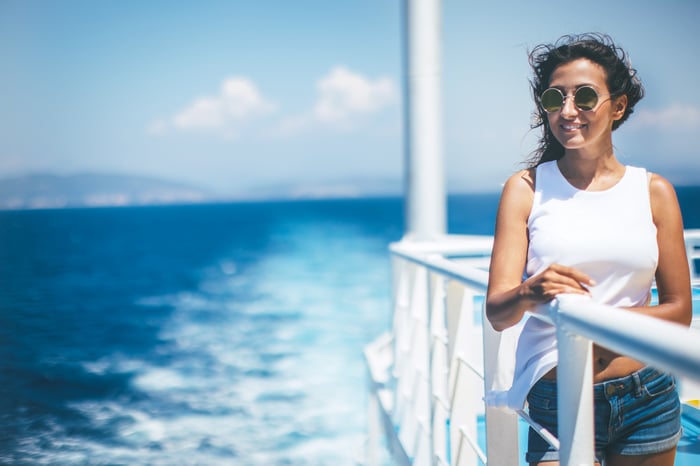 The move is somewhat contrarian, as it comes a day after Carnival published a business update saying that it could book a massive non-GAAP loss of just over $2 billion for its Q2.

Yet Wieczynski believes that the "Recent sell-off in CCL shares presents an attractive buying opportunity especially as the risk of additional dilutive equity/debt raises is not likely from here."

"From here we actually see CCL being able to refinance large chunks of their debt structure which should lead to material interest savings down the road," he said.

Next week, Carnival is resuming -- on a limited basis for now -- its U.S. sailings. Along with the broader travel and tourism industries, the company should easily be able to capitalize on pent-up demand from travelers who were stuck at home during the pandemic. So a dramatic rise in fortunes, and thus share price, is entirely possible for the company.