Please ensure Javascript is enabled for purposes of website accessibility
Log In Help Join The Motley Fool
Free Article Join Over 1 Million Premium Members And Get More In-Depth Stock Guidance and Research
By Howard Smith - Jun 25, 2021 at 11:28AM

The space race is back. The question is, Which billionaire will make it to space first?

FAA approval for a full commercial license to operate with passengers follows the company's latest successful test flight in May. Its previous license allowed only test flights with crew (no passengers). Data from the May 22 test flight -- which reached a speed of Mach 3 and an altitude of 55.5 miles -- has been fully analyzed, the company said, and all flight objectives were achieved. Branson is reportedly hoping to beat fellow billionaire Jeff Bezos into space after Bezos announced he will be on the initial human flight of his Blue Origin space company. 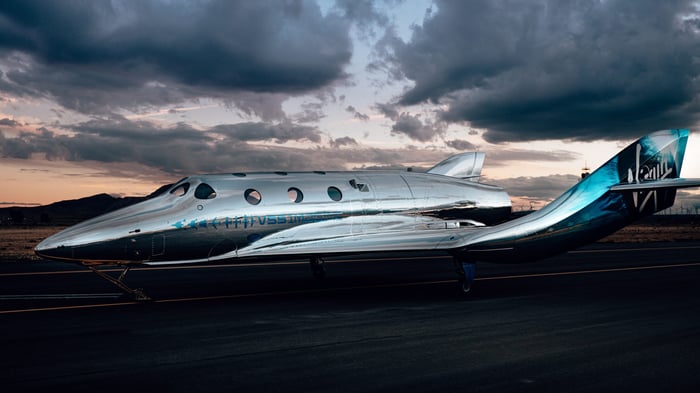 Virgin Galactic was one of the first companies to go public through the special purpose acquisition company (SPAC) merger process in 2019. The company recently unveiled the first craft in its next-generation SpaceShip III fleet. The VSS Imagine will be followed by the next ship in the new series -- the VSS Inspire.

Today's stock reaction is also likely being exacerbated due to the high short interest in the company. More than 20% of the public float was being held by short-sellers as of June 15, 2021, according to data from CBS MarketWatch.