Find out why these companies could deliver life-changing returns.

Tech stocks have seen volatile trading across the first half of 2021, and there could be more swings on the horizon. However, no matter what happens in the near term, it's likely that the tech sector will continue to produce big winners and play an outsized role in powering the overall market's gains.

With that in mind, a panel of Motley Fool contributors has identified three promising technology stocks that have what it takes to crush the market. Read on to see why they think that Impinj (PI -0.63%), Microsoft (MSFT 0.53%), and a next-gen cybersecurity player discussed at the bottom have what it takes to deliver incredible performance over the long term. 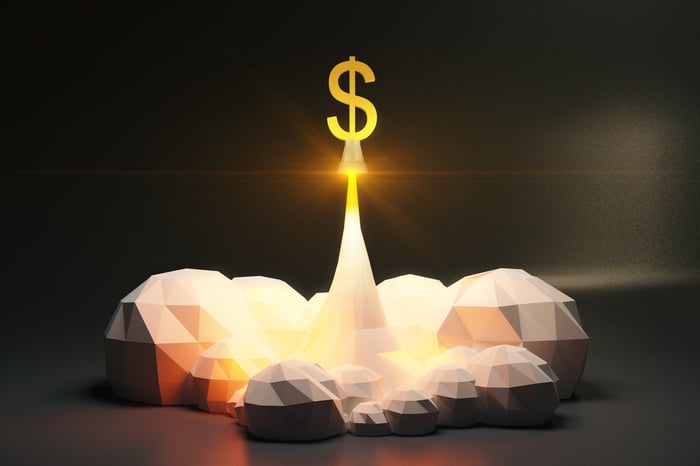 Bringing the "things" to the Internet of Things

Keith Noonan: It's probably fair to say that the Internet of Things (IoT) hasn't exactly taken the world by storm. At the very least, it's taking longer than many tech insiders and analysts anticipated.

On the other hand, IoT technologies and services still have revolutionary potential, and winners in the space could deliver explosive growth. Impinj is a company that's helping to bring non-electronic objects into the expanding world of network connectivity, and I think the stock has the makings of a multibagger for risk-tolerant investors.

Impinj makes radio-frequency-identification (RFID) tags, readers, and software that can turn everyday objects into transmitters of data. The basic setup is similar to a more advanced version of the barcode system, but RFID has huge advantages and allows for much more advanced software integration.

Retailers including Nike, Macy's, and Zara are already using the company's solutions to improve the speed and accuracy with which they measure inventory, identify consumer trends, and cut down on theft. Companies in the clothing-and-apparel space currently drive most of Impinj's sales, but retail is far from the only market for its technologies.

Impinj solutions are also already being used to track airline baggage, monitor medications and supplies in hospitals, and improve manufacturing processes. Adoption for its RFID products remains in the early stages, but there could be an explosion of new use cases and demand through the next decade and beyond.

With a market capitalization of roughly $1.3 billion, Impinj is still small enough to deliver explosive growth. The stock is relatively high risk, but it could deliver explosive returns if the company's vision for a connected future pans out over the long term.

Joe Tenebruso: People often shy away from investing in well-known large-cap companies, for fear that the easy money has already been made. That's a mistake. Fortunes can be made even in the best-known and largest of businesses -- and often with relatively little risk.

Microsoft is one such company. The tech titan has crushed the market in recent years, fueled by the strong performance of its cloud-based businesses. 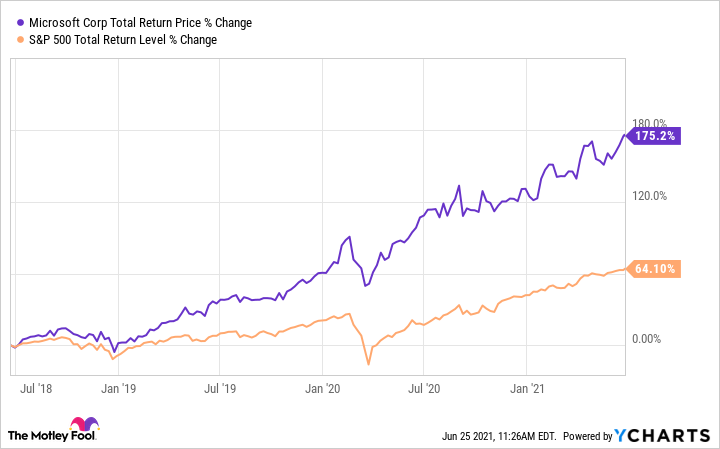 Microsoft is a giant in the rapidly expanding cloud computing industry. Its Microsoft 365 suite of productivity software -- which contains cloud-based versions of Word and Excel -- makes it easy for businesses to give their increasingly distributed workforces the tools they need to succeed.

Microsoft's Azure cloud infrastructure platform is another powerful growth driver. Azure's 50% revenue growth helped to drive a 19% jump in the tech colossus' revenue -- to a staggering $41.7 billion -- in the third quarter.

Microsoft's profit generation is even more impressive. Cloud-driven margin expansion led to a 44% surge in net income, to $15.5 billion.

Better still, Microsoft likes to use its gushing profits to reward its investors with bountiful stock buybacks and a steadily rising dividend income stream. Together, this has helped to fuel its wealth-building share price appreciation -- and it's likely to continue to do so for many years to come.

America under attack: Cybersecurity is now a national security issue

Jamal Carnette: Last month, cybercriminals temporarily crippled gasoline supply across the entire southeast, extorting $4.4 million from the Colonial Pipeline. Although gas shortages received the most attention, it wasn't even the most lucrative cyberattack that month as meat processor JBS quietly paid $11 million.

This is more than just a temporary inconvenience: Food and gasoline aren't discretionary products but are mission critical for our society to function. It's easy to understand why our government now considers cybersecurity a national security issue.

No single company will prevent bad actors entirely, but Okta (OKTA 2.84%) will play a major role. The company's suite of identity and access management (IAM) solutions ensures employees have access to the databases and tools needed to perform their jobs while preventing cybercriminals from breaching security protocols.

Okta's growth thesis remains firmly intact. Businesses have been investing in the digital transformation to a work-from-anywhere culture for years. The growing utilization of cloud computing to collaborate, serve clients, and share documents will continue to grow and boost demand for Okta's suite of IAM tools.

To date, Okta's biggest business has been focused on workforce identity but it also has an opportunity in customer identity and access management (CIAM). CIAM's aims are to provide customers security but also provide seamless transactions. A strong CIAM experience will increase engagement and lead to repeat purchases. Okta doubled down in this $30 billion total addressable market by buying Auth0 earlier this year.