Please ensure Javascript is enabled for purposes of website accessibility
Log In Help Join The Motley Fool
Free Article Join Over 1 Million Premium Members And Get More In-Depth Stock Guidance and Research
By Keith Speights - Jun 28, 2021 at 5:52AM

No, they won't deliver the returns going forward that AMC has so far this year. But neither will AMC.

However, there's something important to consider before buying AMC stock right now: Investing is focused on the future, not the past. Shares of the movie theater chain aren't going to generate those kinds of gains going forward. If they did, AMC would soon be more than three times bigger than Apple. That's extremely unlikely, to say the least.

Still, it's possible that AMC will continue performing well (albeit not anywhere near its recent levels) over the next year or two as moviegoers return to theaters. The stock has made some investors quite wealthy over the last few months. But here are three stocks that could make you much richer over the long term than AMC will. 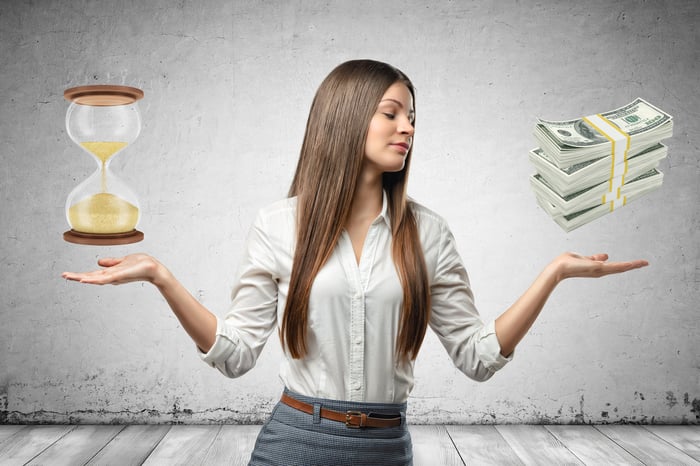 Etsy's (ETSY -3.27%) market cap of $23 billion is well below AMC's market cap of close to $29 billion. I'd argue that the popular e-commerce company has a much greater long-term opportunity than AMC does, though.

First of all, Etsy practically owns the niche online market in personalized handcrafted goods. Others have attempted to beat the company on its own turf but have failed. There are still significant growth opportunities in this $250 billion annual market.

However, the pandemic showed Etsy more than ever that it can compete in a larger arena. The company now thinks that its total addressable market is close to $1.7 trillion.

One way that Etsy is going after this expanded market is through acquisitions. Most recently, the company announced plans to acquire Depop for $1.6 billion, a move that vaults Etsy into the clothing resale business.

I think that Etsy is a stock that could be a 10-bagger over the long run. The odds of AMC having that level of gains going forward are slim.

Speaking of big market opportunities, the U.S. medical cannabis market is growing by leaps and bounds. So far, 36 states have legalized medical cannabis. Innovative Industrial Properties (IIPR -1.77%) stands out as a key beneficiary from this growth.

The company is the leading real estate investment trust (REIT) focused on the medical cannabis industry. IIP's forte is sale-leaseback transactions. In these deals, the REIT buys properties from cannabis operators. The operators then lease the properties back with a long-term lease agreement.

Over the last three years, IIP's revenue has soared 1,300%. Its profits have skyrocketed more than 2,200%. Investors have also made even more money from the company's dividends.

IIP currently owns 72 properties in 18 states. It should be able to continue growing briskly by making more sale-leaseback deals in those states (which include several of the biggest medical cannabis markets in the U.S.) as well as expanding into additional states.

I recently wrote about my top stock to buy in June. My pick was robotic surgical systems pioneer Intuitive Surgical (ISRG -1.71%).

Like AMC, Intuitive Surgical is a reopening play. Just as the COVID-19 pandemic shut down theaters, it also significantly impacted the volumes of non-emergency surgical procedures. Intuitive generates most of its revenue from selling replacement instruments and accessories for its da Vinci robotic surgical systems. Lower numbers of procedures meant lower revenue for the company.

Prior to the pandemic, the number of movie tickets sold was declining. That's a not-so-great trend for AMC that could rear its ugly head again after a rebound in 2021 and 2022. Intuitive's procedure volume, though, has risen steadily for quite a while. Even with the pandemic, procedures still increased 1% year over year in 2020.

Intuitive's long-term prospects are the main reason why I like this stock, though. The company has a huge growth opportunity targeting the procedures where it already has regulatory clearances. Even better, Intuitive thinks that it can more than triple its current addressable market by launching new products and securing additional regulatory clearances.

Sure, Intuitive Surgical is already a big company with a market cap of over $100 billion. I think that it will be able to become a much larger company over the next decade and make investors who buy and hold the stock a lot of money.