Please ensure Javascript is enabled for purposes of website accessibility
Log In Help Join The Motley Fool
Free Article Join Over 1 Million Premium Members And Get More In-Depth Stock Guidance and Research
By Beth McKenna - Jun 28, 2021 at 7:00AM

With its monster stock gain so far in 2021, the 3D printing company needs to hit it out of the park when it reports Q2 results.

The stock's torrid run has been driven by a few factors. These include the company's results in the last two quarters breezing by Wall Street's expectations, its May announcement that it was selling its low margin on-demand manufacturing business, and its announcement on Tuesday of a new bioprinting collaboration with CollPlant Biotechnologies "to deliver bioprinted solutions for improved breast reconstruction treatments."

In addition, the stock's upward movement stemming from these catalysts has no doubt gotten a boost from short sellers (those who are betting on a stock's price to decline) being forced to buy shares to cover their short bets.

With this monster of a stock run-up, 3D Systems really needs to release a strong second-quarter report -- one that speeds by Wall Street's estimates -- and issue rosier-than-expected guidance to keep the stock from taking a big hit. Unless the stock plummets and gives away much of its first-half gain before the company reports Q2 results, investors should be happy if the stock simply doesn't decline that much after the report.

With this said, here's what investors should watch when 3D Systems reports Q2 results, which will likely be in the first week of August, though the company hasn't yet released a date. 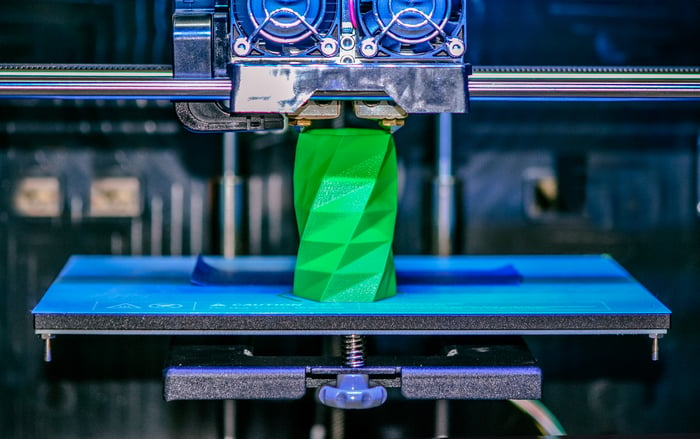 Below are the company's results from Q2 2020 and Wall Street's consensus estimates to use as benchmarks.

The company is facing an easy comparable. In the second quarter of last year, revenue plunged 29% year over year due to the fallout from the COVID-19 pandemic. For additional context, in Q2 2019, revenue was $157.3 million. So even if 3D Systems meets the consensus estimate -- or exceeds it by less than about $14 million -- its revenue still won't be back up to the pre-pandemic level for the second quarter.

Adjusted for one-time items, net income was $20.9 million, or $0.17 per share, up from a loss of $0.04 per share in the year-ago period. That result crushed the analyst expectation of adjusted EPS of $0.02

Given that the pandemic is receding, at least in the United States and much of the developed world, it seems likely that management will issue third-quarter guidance. If so, its outlook will probably be the biggest factor in the market's reaction to the second-quarter report.

For Q3, analysts are modeling for revenue to increase 6.4% year over year to $143.8 million and expect adjusted EPS of $0.05, compared to an adjusted loss of $0.03 per share in the year-ago period.