In uncertain times, Western Alliance Bancorporation might be a nice growth alternative for hard-hit crypto bulls

It's been a rough few months for crypto investors. The biggest disruptive currency, Bitcoin (BTC -1.78%), is down more than 40% from its highs earlier this year. Meanwhile, the ultimate legacy financial industry, banking, has been on a tear. One high-profile example is Western Alliance Bancorporation (WAL 3.05%). The company has benefited from rising demand for homes, triggered by record low interest rates -- which are also driving up average home prices, meaning buyers need to take out bigger mortgages. Analysts are expecting Western Alliance to deliver record earnings in 2021.

Fiat currency versus cryptocurrency is arguably the most divisive subject in finance right now. But proactive investors might benefit from having exposure to both. Crypto investors looking to diversify might find Western Alliance a great buy. 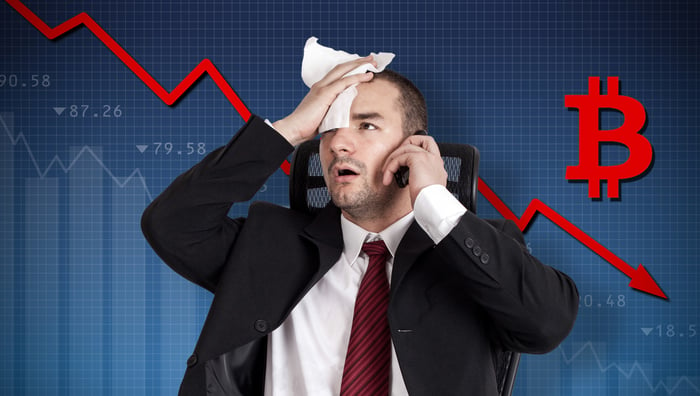 Despite being over a decade old, Bitcoin is still in its infancy compared to the conventional monetary system, and it's currently suffering through a phase of global regulation, which some pundits argue is helping to legitimize it.

While it's possible that more government oversight could draw in sophisticated investors -- who like to have some recourse if things go wrong -- some countries are taking extreme measures. China recently announced a ban on Bitcoin in various capacities, which included the shutdown of more than 90% of its mining operations. It has also ordered financial institutions and payment providers to stop processing Bitcoin transactions, impacting the trading of the cryptocurrency and its use in everyday purchases.

At the opposite end of the spectrum, the nation of El Salvador adopted Bitcoin as legal tender -- although the World Bank has rejected its request for assistance with the transition. Besides, the revolutionary move did little to curb the steep losses in the cryptocurrency that began in April.

One thing is for sure: Cryptocurrencies in general are facing more uncertainty than ever before, and having recently traded at all-time high valuations in many cases, they've arguably never carried more risk. This is where diversification tends to be a useful tool -- after all, it's a strategy adopted by the biggest investors in the world. By adding a quality bank like Western Alliance to your portfolio, you could get the benefit of supercharged growth, and the safety of a proven business model with products and services that are necessary to daily life.

Western Alliance Bancorporation has risen over 300% from its low point in March 2020. And it's part of a cohort of the banking sector -- regional banks -- that has shown incredibly strong performance this year.

The company's growth has been led by the consumer segment, which writes loans for residential real estate. On April 7, Western Alliance completed a $1.22 billion acquisition of Amerihome, which acquires mortgages through partnerships with loan originators (and does some lending itself). At the time of the acquisition, it was the third-largest acquirer in the U.S., purchasing $65 billion worth of mortgages in 2020. For a bank trying to expand its presence in the mortgage space, this deal is a great way to bolt on some growth.

According to Yahoo! Finance, 12 analysts have an average full-year 2021 earnings estimate of $8.09 for the company. At Monday's closing price of $92.28, the stock trades at 11.4 times this earnings projection. By comparison, the SPDR S&P Regional Banking ETF trades around 12.7 times forecast earnings, so Western Alliance trades at a slight discount (assuming it delivers on expectations this year). It's expected to earn even more in 2022, with $9.05 per share, so the upside in the stock could extend well into the new year.

Buying a stock like this could help to tune out some of the uncertainty associated with crypto portfolios. While it's very difficult to ascertain where Bitcoin will trade in 2022 (or in the short term), we can attribute more helpful valuations to banks and profit-making companies, based on decades of market history.

Why not have both?

Western Alliance shares are down roughly 15% from their recent highs, and given the earnings estimates, there's a pretty good argument for buying them here. It could be an opportunity to own a high-quality piece of the traditional monetary system that's set to deliver growth in the year ahead.

With Bitcoin down roughly 43% since its mid-April high, the crypto bulls will likely be tempted to buy the dip -- and it has already bounced almost 15% from its lows last week. However, investors should be mindful that it is still a speculative investment. There are few ways to truly value it, and it's almost impossible to make accurate projections about its future -- especially with looming externalities like regulation.

If you're a crypto bull looking for a bit more certainty in difficult times, Western Alliance might be the alternative for you. It has outperformed Bitcoin year to date, and there's every chance that could continue.