Please ensure Javascript is enabled for purposes of website accessibility
Log In Help Join The Motley Fool
Free Article Join Over 1 Million Premium Members And Get More In-Depth Stock Guidance and Research
By Will Healy - Jun 30, 2021 at 9:13AM

These companies have set investors in their stocks up for disappointment.

AMC Entertainment Holdings (AMC -4.01%), GameStop (GME 3.27%), and Koss (KOSS 2.17%) have become some of the more popular meme stocks in recent months. Traders monitoring Reddit's WallStreetBets online forum and other investors driven by social media have enjoyed some success trying to force short squeezes. But when the dust clears and momentum traders move on, investors could find themselves stuck holding stock in struggling companies with weak competitive advantages.

Let's find out a bit more about why these are three stocks I would avoid at all costs.

1. AMC: Can it return to pre-pandemic revenue levels?

Thanks mainly to traders looking to force short sellers to cover their bets, AMC has risen nearly 2,700% since the beginning of the year. This outsized interest in the stock has made it possible for the international theater chain to issue additional shares and raise sorely needed funds. 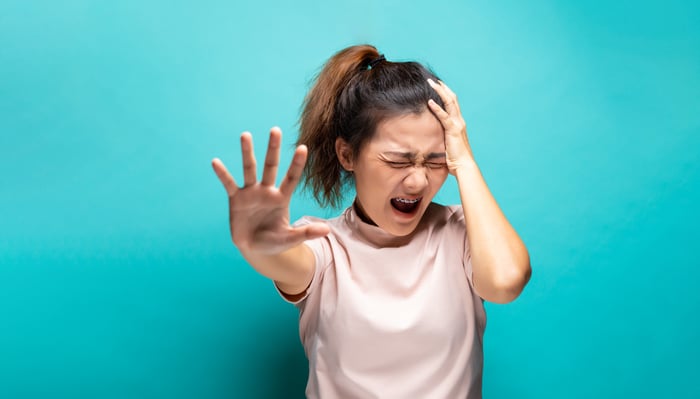 Since Jan. 1, the overall share count has risen from 224 million to 502 million. This raised its cash levels by more than $500 million to $813 million in the first three months of the year.

Nonetheless, the business continues to suffer. Revenue fell 84% in the first quarter of 2021 from year-ago levels and declined 77% during fiscal 2020 compared with 2019.

Theater reopenings could bring revenue improvements when AMC releases its second-quarter results. But will they show enough improvement to reflect the massive surge in the stock price? Thanks to the run-up, the price-to-sales (P/S) ratio now stands at 25, up from 0.2 at the beginning of the year. Until the recent surge in the stock price, the sales multiple had rarely climbed above 0.5 over the last three years.

Unfortunately, investors seem to have fewer reasons than ever to buy this stock at a high valuation. Hollywood studios have only recently started to release new films to theaters. And they now release many of them to streaming services simultaneously, dramatically increasing AMC's competition. Moreover, many consumers have built home theaters that replicate the theater experience.

Yes, many moviegoers will probably still go to theaters despite these factors. However, reduced demand will bring about consolidation, making it more likely AMC and its peers will close some theaters. Thus, it remains unclear when or even if AMC will return to pre-pandemic revenue levels.

Thanks to a social media-inspired battle with the short-sellers, GameStop stock has managed to increase by more than 1,000% since the beginning of the year. Now, this video-game-centric retailer has just turned the corner by attracting institutional investors and joining the Russell 1000.

It also has branched out into new lines of business, such as toys and collectibles. Nonetheless, investors have primarily focused on the move into e-commerce to capitalize on game downloads. To that end, it hired e-commerce specialist Matt Furlong as its new CEO. Furlong ran Amazon's Australia operations during a period of high growth.

Unfortunately, these moves might do little more than stop its competitive moat from narrowing further. Now, GameStop is merely another seller in the toy and collectible businesses. Moreover, its game downloads typically sell for the same price on the manufacturer's website. Besides serving as a one-stop-shop for game downloads, it offers little advantage other than the name recognition it built in past years.

Nonetheless, the improvements helped revenue to grow 25% from year-ago levels to $1.3 billion in the first quarter of 2021. Moreover, falling operating expenses helped narrow the quarterly loss to $67 million versus $166 million in the year-ago quarter. Still, net sales fell 21% in fiscal 2020.

Furthermore, at a P/S ratio of 2.6, it might appear inexpensive. However, with that ratio growing by more than 4,500% over the last year, any progress it could make in the near term might already be priced in.

3. Koss: Struggling to gain market share in a crowded market

Koss has also enjoyed some notoriety as a meme stock, reaching a high of $127.45 per share in early January on speculation driven by social media, before a massive pullback. This headphone and audio accessory manufacturer now trades in the $25-per-share range.

After decades of struggling for survival, the company has won praise in recent years in the headset market. Many of its Bluetooth and wireless headsets earned ratings close to five stars on Amazon.

Unfortunately, its products continue to operate at a competitive disadvantage. Koss must also compete with companies such as Apple and Sony. Aside from their massive size and name-recognition advantages, both operate ecosystems that could give their headsets an advantage. Moreover, a survey by CSIMarket found Koss' headsets held a market share of less than 1%.

This disadvantage extends to financials. For the first nine months of the current fiscal year, sales fell 2% from the year-ago period. Koss managed to reverse the losses suffered during 2020 and posted a profit of almost $162,000 during that time.

Moreover, it has reported about $982,000 in negative cash flows during the current fiscal year and holds just over $6 million in cash. Given that financial state, it may struggle to finance the marketing and product improvements necessary to keep up with larger competitors.