Please ensure Javascript is enabled for purposes of website accessibility
Log In Help Join The Motley Fool
Free Article Join Over 1 Million Premium Members And Get More In-Depth Stock Guidance and Research
By Howard Smith - Jun 30, 2021 at 11:45AM

The company is divesting a unit to bring in $140 million.

Houston-based specialty refiner Vertex Energy (VTNR -4.38%) announced last night that it has come to an agreement to divest its oil recycling division for $140 million. Investors cheered the news today, with Vertex shares gaining more than 35% early in the session. Shares have pared some of those gains, but remained up about 20% as of 11:05 a.m. EDT.

Vertex said it will sell its used motor oil collection and recycling business to Safety-Kleen, a division of environmental and industrial services company Clean Harbors (CLH -2.07%). The assets included in the agreement collectively generated $4.5 million in operating income in the first quarter of 2021, and will be sold to Safety-Kleen for $140 million in cash. 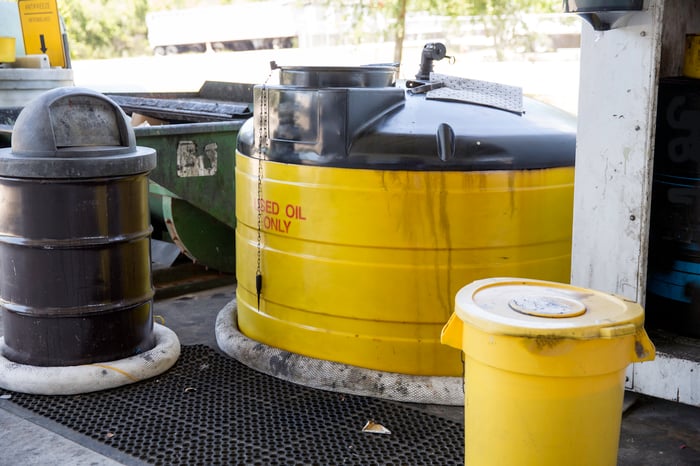 The divestiture isn't the only transformational move Vertex has made in the past month. Investors cheered when Vertex announced it will be buying a refinery in Alabama from Royal Dutch Shell. Shares have soared about 600% since that May 26 announcement. 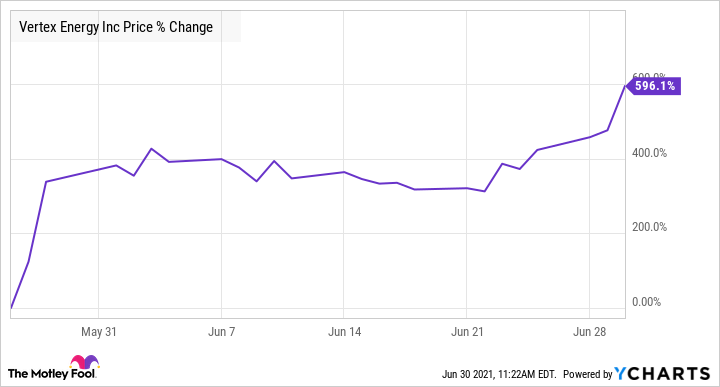 The latest agreement includes used oil refineries in Louisiana and Ohio, as well as an oil collections business, an oil filters and absorbent materials recycling facility, and a marine terminal in Baytown, Texas.

Management said in a statement proceeds from the asset sale to Safety-Kleen will be used to support higher-return energy transition assets including a renewable feedstock pre-treatment facility.

Vertex president and CEO Benjamin P. Cowart said in a statement the transaction "will advance our strategy of becoming a leading pure-play energy transition company of scale." The companies expect to close the deal by the end of the third quarter of 2021.

Why Vertex Energy Stock Rocketed 34% at the Open Today