Please ensure Javascript is enabled for purposes of website accessibility
Log In Help Join The Motley Fool
Free Article Join Over 1 Million Premium Members And Get More In-Depth Stock Guidance and Research
By Parkev Tatevosian - Jul 1, 2021 at 7:51AM

An economy rebounding from the pandemic combined with trillions in fiscal stimulus is leading to a surge in demand.

To help households cope with the realities of business closures and job losses due to the pandemic, many governments around the world added some level of fiscal stimulus to their economies. This created surplus cash in some cases and resulted in increased demand for some products -- including products with temporarily closed production facilities or supply chain issues. As vaccination campaigns rolled out and those countries started reopening businesses, more consumers got out and started spending normally. This additional surge in demand for consumer goods (some already in short supply) has lead to shortages of all kinds.

These unusual and exacerbated shortages (especially in the supply chains of manufacturers) are causing production costs to rise and threatening to put a dent in business profits for many companies. Indeed, even a giant company like Procter & Gamble (PG 0.97%) is falling victim to inflationary pressures. 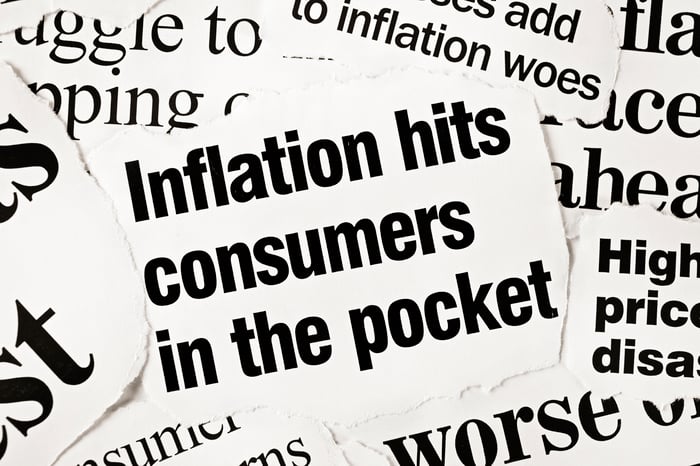 Here is what P&G COO Jon Moeller had to say on the matter at a global consumer conference on June 10:

Input costs are rising sharply. Current spot prices for materials, such as resins, chemicals, and other ingredients, are up anywhere from 30% to 200% versus April 2020. Most of this impact has occurred in this calendar year. Freight costs have also increased substantially due to several factors affecting the supply of drivers, the demand for drivers and trucks, and rising diesel fuel costs.

Federal Reserve Chairman Jerome Powell has given indications that inflation is rising faster than expected. Still, he believes the effects will be mostly transitory. In other words, price increases will slow down as economies recover from disruptions caused by the coronavirus.

For Procter & Gamble, the increased cost of production will not pass soon enough. The combination of the various input cost increases are projected to bite into its profits to the tune of $600 million, with much of the pain coming in the fourth quarter. The company has already informed retailers it will be raising the wholesale prices it charges them to help offset the increases of inputs, but the benefits of those pricing changes on the bottom line won't be reflected in earnings right away. 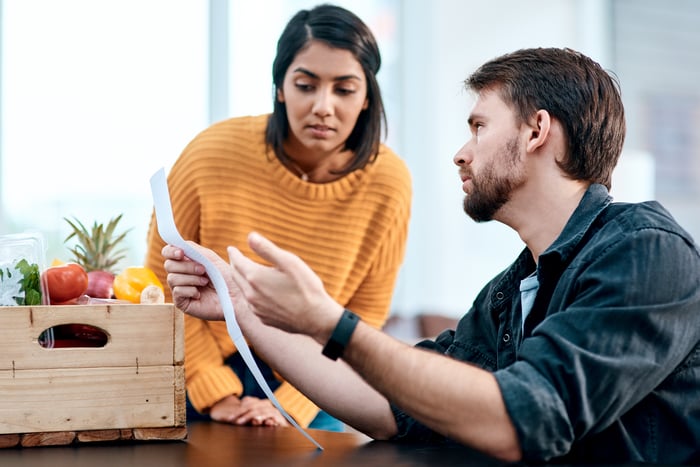 This might be a counterintuitive perspective, but if the inflationary pressure is temporary, this situation could be a good thing for P&G in the long run. The rise of input costs could be short-lived. However, if P&G gets consumers accustomed to paying higher prices for its products, it may be able to leave those wholesale price increases in place even after the rise of input costs has subsided. In the end, P&G might eventually come out of the scenario with higher profit margins.

Since the rise of input prices is being felt at most companies, many have chosen to raise prices. If the rise of inflation is transitory, as Chairman Powell suggests, it could lead to higher profit margins for those that had the demand strength to raise prices without losing market share. However, it may also create an opportunity for some businesses to go for market share gains by lowering prices while others don't.

So whether or not the scenario of rising costs benefits P&G, in the long run, will depend not only on inflation being transitory but also on the competitive landscape in the aftermath of inflation subsiding. It is certainly too early to tell how it will play out. Investors should keep an eye on these developments, as they can have a meaningful effect on profits.