Carvana stock has been on a tear since it tanked during the market crash last March, gaining nearly 1,000%. The company's all-digital platform makes it easy for customers to buy cars without visiting a showroom, and the process, which includes next-day delivery in some areas, was a powerful growth driver during the pandemic. That, combined with new car supply problems, which drove up car prices to record highs, sent Carvana sales skyrocketing. In the 2021 first quarter, retail units sold increased 76% to nearly 100,000, and revenue increased more than 100% to $2.2 billion. What's more, gross profit grew 145%. That's progress for the company, which has struggled to post a profit. 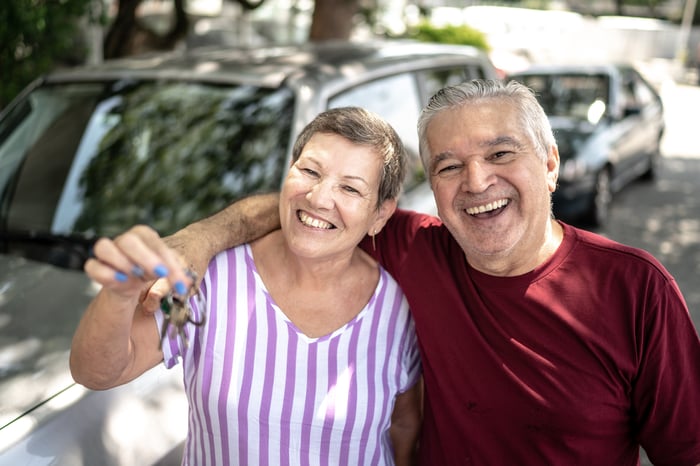 On June 22, investment bank Jefferies raised its price target on Carvana stock from $375 to $400. The raise was in light of continued low supply and strong demand for used cars. A day later, an analyst with J.P. Morgan downgraded the stock from neutral to overweight, although he maintained a price target of $325, which is 5% higher than it is as of this writing. After these ratings, Carvana's June gains began to moderate.

Carvana still has multiple avenues toward growth. It's launched in more than 30 new markets so far in 2021 and is now available to 77% of the U.S. population as of the beginning of May -- and it's still reaching more people in existing markets. However, data from the Manheim Used Vehicle Value Index suggests used car prices may be slowing down, which could affect the company's phenomenal growth. It will also make it more challenging for Carvana to become profitable. Both analysts who rated Carvana in June still expect upward movement, but with shares already up almost 30% year to date, there may be some pullback in store for Carvana stock.